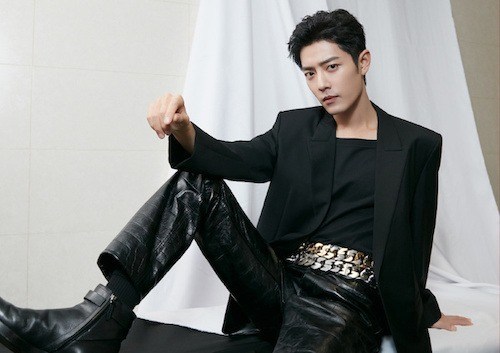 Xiao Zhan Says His Life is Very Similar to His Character, “Tang San” in “Doulou Continent

With 2020 behind him, Xiao Zhan (肖战) is off to a great 2021. Xiao Zhan’s series, “Douluo Continent” (斗罗大陆), finally aired on February 5. The series was filmed from February 2019 to July 2019. Xiao Zhan also dubbed the series with his own voice. From Tencent’s synopsis:

It tells the story of “Tang San” who overcomes many difficulties to protect his loved ones, bring honor to his sect, help his country and become the strongest and bravest soul master. Having lost his mother, “Tang San” and his father depended on each other to survive. Because he had to bear heavy burdens since childhood, “Tang San” grew up meticulous and mature for his age. “Tang San” awakened his powers when he was six years old and was sent to an academy for training. He becomes a disciple of “Yu Xiaogang” and looks after the orphaned “Xiao Wu” as her older brother.