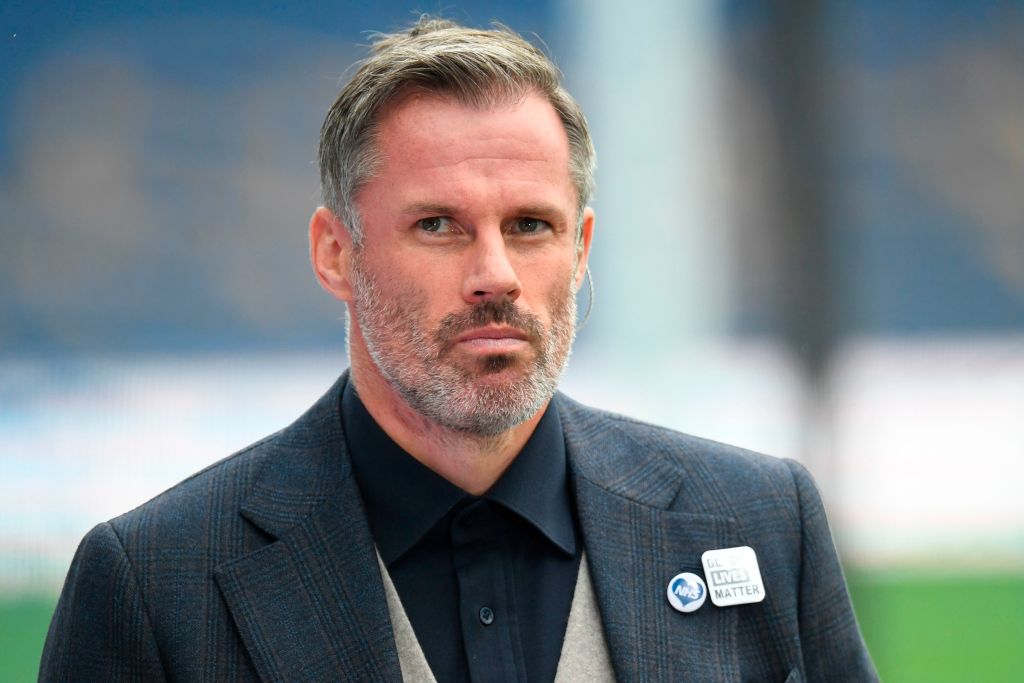 Jamie Carragher has said what Arsenal need to do in order to challenge for the title (Picture: Getty)

Jamie Carragher has told Arsenal fans that Manchester United will ‘always be a bigger club’ than them after the Liverpool legend was accused of not giving the Gunners enough credit.