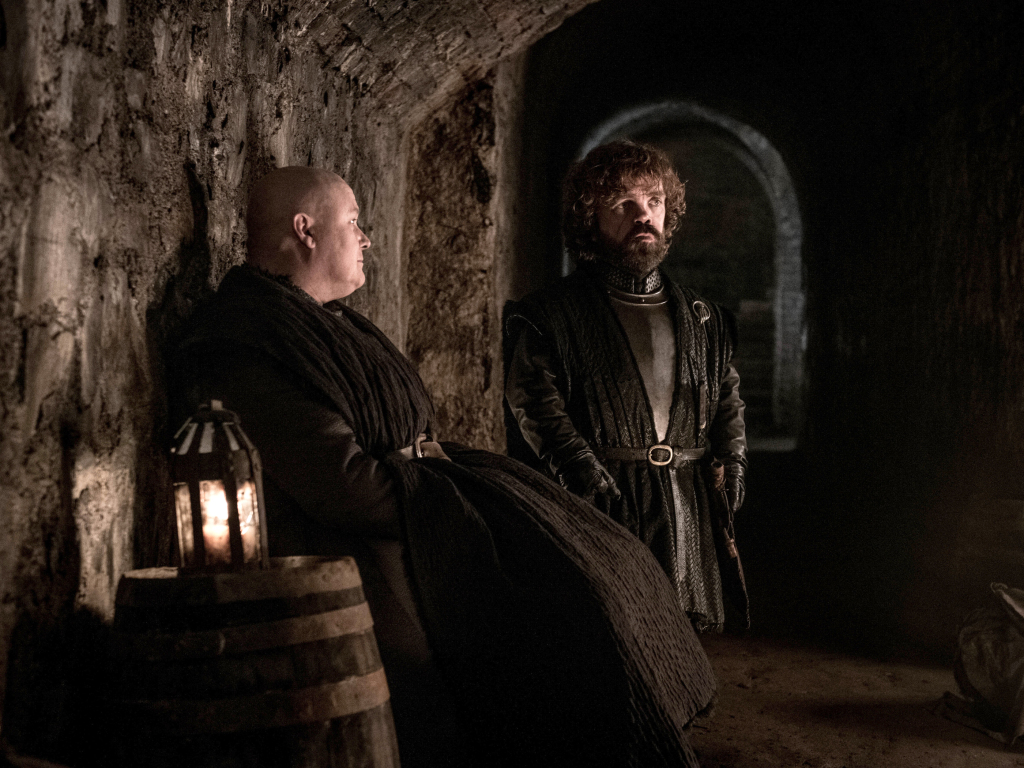 HBO has released some tantalising images from the upcoming third episode of the eighth and final season of Game of Thrones.

Don't worry, they're free from spoilers - that is, unless you haven't seen the second one yet.

If you have, here's the trailer for the upcoming episode.

As anyone who has seen Knight of the Seven Kingdoms - the aforementioned second episode - will know, a huge battle is on the horizon.

Well, it's no longer on the horizon, it's about to start banging on the front door of Winterfell.

The promotional shots released by HBO show various characters from across the world of the living in the throes of that coming fight.

Daenerys Targaryen can be seen watching Winterfell from a high vantage point. Perhaps they are commanding their troops, or perhaps they are about to ride into battle on the back of their respective dragons.

Dany and Jon watch from above. Credit: HBO

I think we all know which one of those we'd prefer to see.

Meanwhile, down in the crypts, Varys and Tyrion Lannister sit in the relative quiet looking scared. To be fair, you'd have to be double hard not to be scared when a huge army of skeletal soldiers are invading your house.