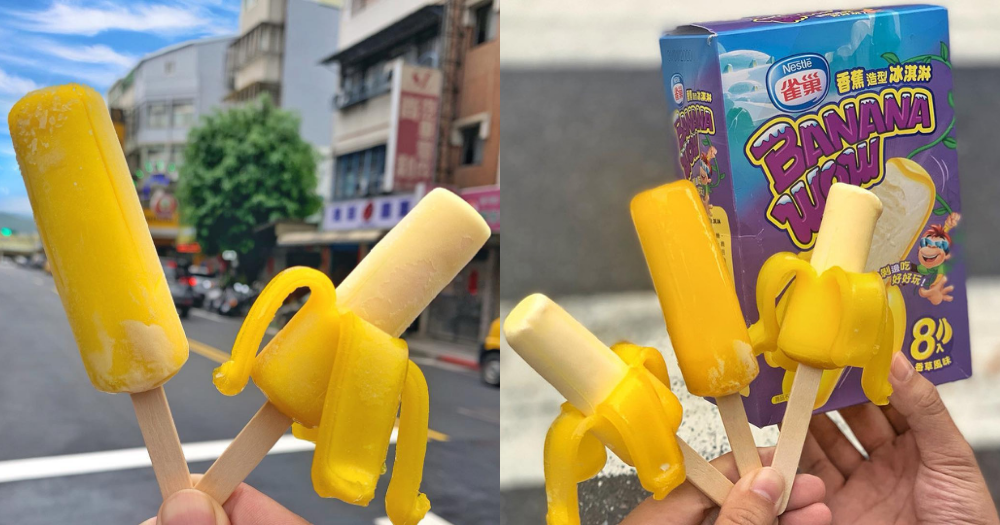 The best part of the ice cream is that you can actually peel the jelly part, just like how you would peel a real banana.

Unfortunately, these aren’t available in Singapore yet.

This means each ice cream costs about S$1.10.

Banana Wow is apparently sold in neighbouring countries like  and Thailand, but is known as Eskimo Monkey in Thailand.