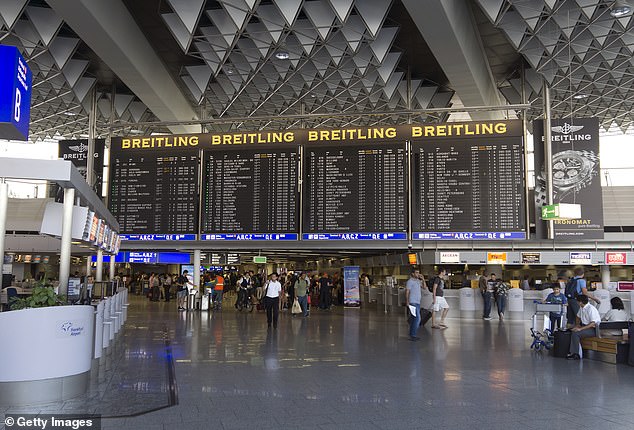 Frankfurt Airport closes for an hour after drone is spotted near the runway... adding to flight chaos caused by French air traffic control strike

Need urgent deliveries? We can do it in 1 hr!
Do you want a free iPhone Xs? Many other amazing prizes are waiting too!

Frankfurt Airport was closed for nearly an hour this morning after the runway was shut following a drone sighting.

Germany's biggest airline hub was forced into a 48-minute stoppage which left dozens of flights delayed or cancelled.