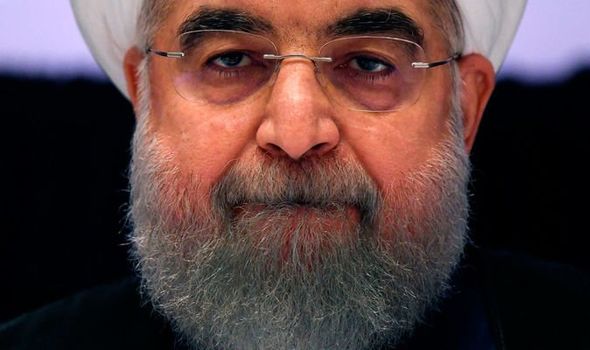 Speculation surrounding conflict between the two arguing nations has been rife in recent weeks with both countries condemning the other. But the EU has now been forced to wade into the bitter spat after the Iranian regime confirmed it would break its commitments under the Joint Comprehensive Plan of Action (JCPOA) and resume its nuclear programme. David Ibsen, president of United Against Nuclear Iran, told Express.co.uk the EU strategy on Iran would be stuck after it broke the “only promise that maintained the EU in the Iran deal”.