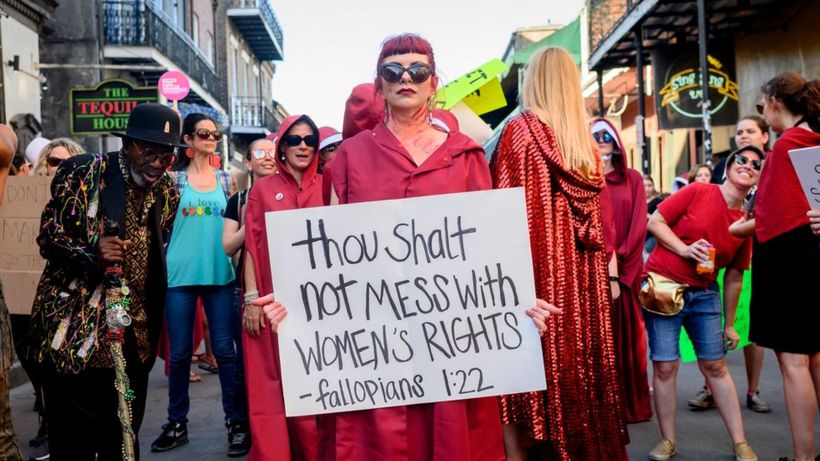 Louisiana's Democratic governor has signed a highly restrictive new abortion law that bans the procedure after a foetal heartbeat is detected.

The law could prohibit abortions as early as six weeks into pregnancy.

State legislators overwhelmingly backed the bill on Wednesday, by 79 votes to 23 and Governor John Bel Edwards signed the bill into law on Thursday.

It is the latest is a raft of anti-abortion measures which are expected to face legal challenges.

Four other states have passed similar limits to abortion this year.

In a statement, Governor Edwards said: "I call on the overwhelming bipartisan majority of legislators who voted for [the law] to join me in continuing to build a better Louisiana that cares for the least among us and provides more opportunity for everyone."

He did not hold a signing ceremony.

Governor Edwards has long opposed abortion. Support for abortion restrictions has put some state Democrats at odds with the national party, which views access to the procedure as a core plank of its platform.

Women throughout the US have staged protests against the Lousiana legislation, and major Hollywood stars and production companies have vowed to boycott states that implement such bans.

Disney, Netflix and WarnerMedia have all publicly threatened to rethink production in these states if the laws take effect.

So-called heartbeat laws seek to make abortion illegal as soon as a foetal heartbeat is detectable. In most cases, this is at the six-week mark of a pregnancy - before many women even know they are pregnant.

Louisiana's stringent law does not include exemptions for pregnancies resulting from incest or rape.

The new push to limit or ban abortion has sparked outrage

But the law will only come into force if a federal court upholds a similar ban passed in neighbouring Mississippi. A judge temporarily blocked the Mississippi law when it was passed.

US President Donald Trump has appointed two conservative judges to the Supreme Court since taking office, and analysts say conservatives across the US see this as the moment to challenge the 1973 Roe vs Wade ruling - which granted women the right to choose whether or not to have an abortion.

Louisiana is the fifth state to pass a heartbeat law, after Georgia, Kentucky, Ohio and Mississippi.

The US Supreme Court earlier this year narrowly blocked new abortion restrictions in Louisiana, which would have required doctors who provide abortion services to be certified to practise at a nearby hospital - which critics say would have limited the right to abortion and would cause two of the state's abortion clinics to close.

Meanwhile, Alabama has passed an outright ban on the procedure in nearly all cases. None of these laws are yet to take effect, however.

US President Donald Trump has said he is against abortion except where the pregnancy endangers the mother's life, or results from rape or incest.

As most people know, and for those who would like to know, I am strongly Pro-Life, with the three exceptions - Rape, Incest and protecting the Life of the mother - the same position taken by Ronald Reagan. We have come very far in the last two years with 105 wonderful new.....