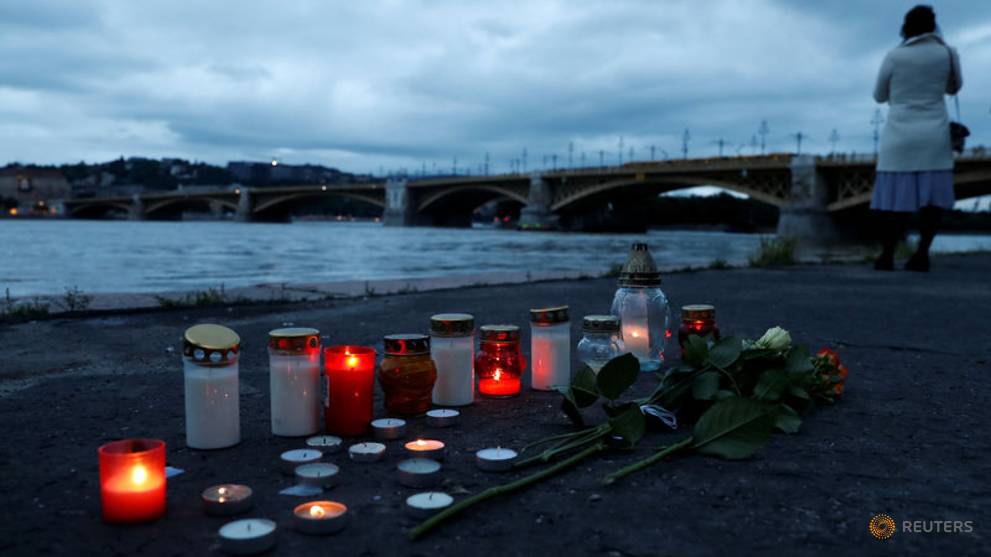 Candles burn at the river's bank near the site of a ship accident, which killed several people, on the Danube river in Budapest, Hungary, May 30, 2019. REUTERS/Bernadett Szabo

BUDAPEST: Hungarian police said they had detained the captain of a vessel that collided with another sightseeing boat on a busy stretch of the Danube river, resulting in the death of at least seven South Korean tourists with 21 others still missing.