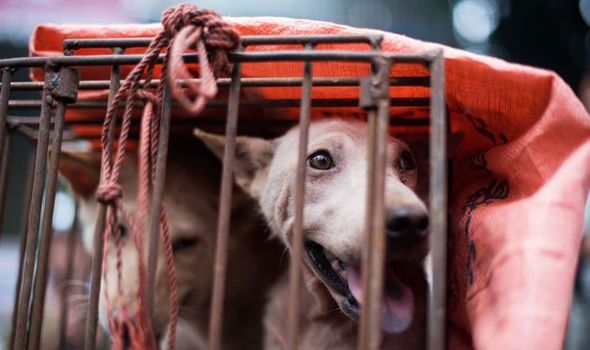 Dog Meat Festival: Fury ahead of sick event where dogs are tortured ‘to make meat tastier’

The event is also known as the Lychee and Dog Meat Festival and sees the beloved animals killed in sheer brutality, with many cooked alive in the June 21 10-day festival. Many dogs from nearby houses have been stolen and killed at the event. The event has been condemned worldwide, with many British and American celebrities as well as activists such as PETA demanding it be banned.