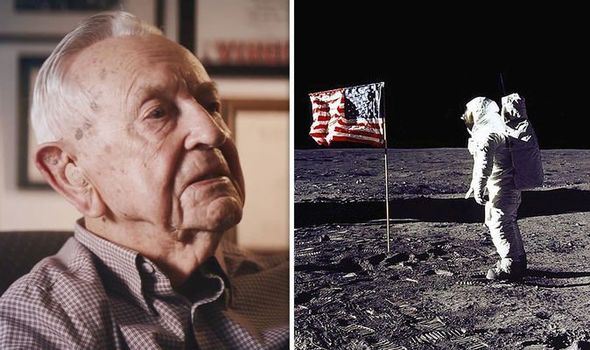 Spice World hot pot at under $20?! Only with this promotion in June!
If our cleaning services are unsatisfying, 2nd time is FREE!

On July 20, 1969, NASA successfully completed their Apollo 11 mission to the Moon, with Neil Armstrong becoming the first man to step foot on the Lunar surface. The event brought the world to a standstill as millions watched anxiously on live TV, before Armstrong delivered his legendary “one small step” speech that marked the end of the Space Race with the Soviet Union. However, former Apollo boss Christopher Kraft claims there’s one secret many do not know about that day almost half a century ago.

Mr Kraft was the lead flight director of the first Apollo mission – later known as Apollo 1, which was scheduled to launch in early 1967 and complete a low-Earth orbit test.

However, on January 27 that year, the three crew members were killed in a fire during a countdown test on the pad.

Mr Kraft claimed during Altitude Film’s upcoming release “Armstrong” how the incident was a result of corners being cut under political pressure to beat the Soviets into space.

He said: “It was terrible, I could hear all three of their voices, they didn’t last very long either, about 10 or 15 seconds.

“The management was running, running to get to the Moon and I think they were willing to take chances.

“I think had they been thinking properly they wouldn’t have taken them.”

However, Mr Kraft also claimed this accident was pivotal to the rest of the Apollo missions.

He says it took the accident for NASA to identify their mistakes and prevent them happening again.

He added: “It took the fire to rebuild the vehicle.

“And I think that was the secret to Apollo.

“Without it, it just wouldn’t have happened, I don’t think we would have gotten to the Moon.”

The firm also features Armstrong’s memoirs, voiced by Harrison Ford, which give an insight into how the tragedy affected the legendary astronaut.

He says: “Some very traumatic times, I think you’re more likely to accept the loss of a friend in flight.

“It was really hard to lose them in a ground test.

“That was an inditement of ourselves.”

During the same film, Mr Kraft also claimed he was the sole reason behind Armstrong being the first man on the Moon.

He said: “Did I have anything to do with Neil being the first man on the Moon? Yes. I did it.

“Deke Slayton said ‘Aldrin will be the first guy on the Moon’ but up here [in my head] said ‘we don’t want Aldrin on the Moon.

“I just felt like Buzz was not the right personality and would not be the best representative for the United States.

“I thought Neil would do better.

“I didn’t dislike Aldrin, didn’t like him either, we all have weaknesses, I didn’t know Jesus when I met him though.”

Directed by David Fairhead, “Armstrong” will be in UK and Irish cinemas on July 12, to celebrate 50 years since the first Moon landing.

The film was made with the full support of Mr Armstrong’s family after his death in August 2012 and includes previously unseen footage of history’s most famous astronaut.

It also features his own words based on interviews, writings and speeches as well as interviews with his first wife and two sons.