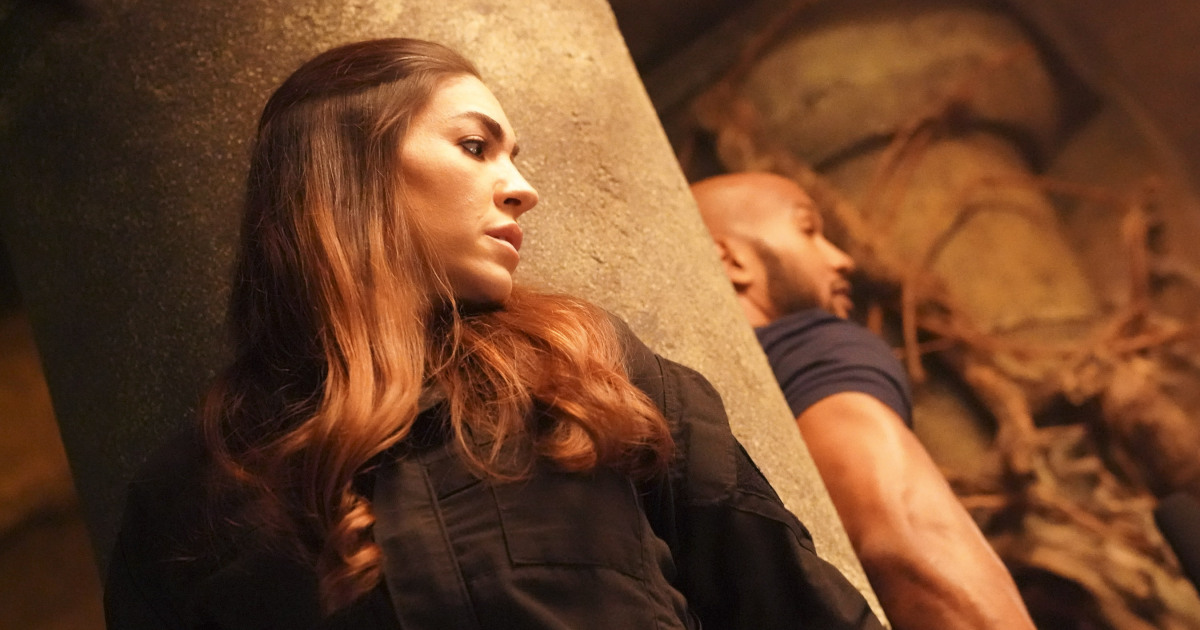 After last week’s twist-filled episode, the agents of S.H.I.E.L.D. have to figure out what to do about Izel and her body-snatching ability. Now that everyone knows Sarge is connected to her, and maybe the same kind of being, Daisy wants to seize on that and turn him into a weapon they can use against her.

May and Simmons are a lot more hesitant, however. Now that we know Sarge really was made from Coulson, May is desperate to try and bring out the Coulson side of him. Daisy doesn’t even want to entertain this idea, and Simmons calls her out for refusing to accept the possibility of Coulson’s return. Simmons even theorizes that the reason Daisy spent a whole year out in space with her had as much to do with escaping Coulson’s legacy as it did with finding Fitz. But Daisy’s not budging on this. She locks herself in a room with Sarge and asks if his memories and powers became enhanced after he came back from his bullet wounds. Once he confirms that’s true, Daisy kills him again with her shockwave powers.