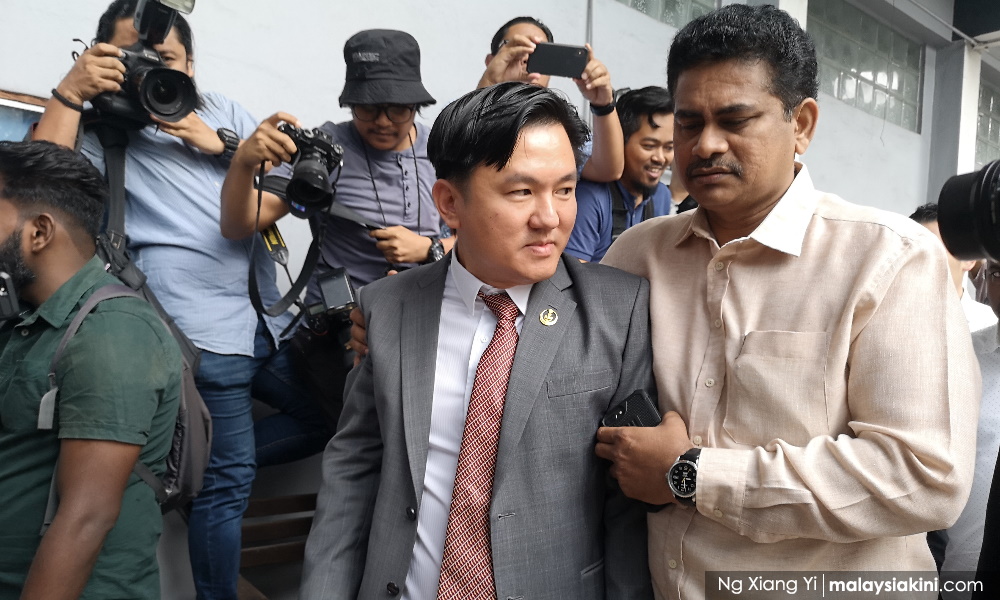 Exco accused of rape goes on leave, and 10 news from yesterday

KINI ROUNDUP | Here are key headlines you may have missed yesterday, in brief.

1. Perak exco Paul Yong announced he was going on leave after being charged with raping his Indonesian domestic worker.

3. Youth and Sports Minister Syed Saddiq Syed Abdul Rahman was criticised after making an apparent U-turn on his call to deport Zakir.

4. Several PKR leaders continue to be absent from party meetings chaired by Anwar amid a rift between him and his deputy Mohamed Azmin Ali.

6. The MACC said it will investigate after Finance Minister Lim Guan Eng warned that bidders for government projects are forming cartels.

7. Utusan Group executive chairperson Abd Aziz Sheikh Fadzir apologised for past editorial mistakes, and asked for the financially distressed daily to be given a second chance.