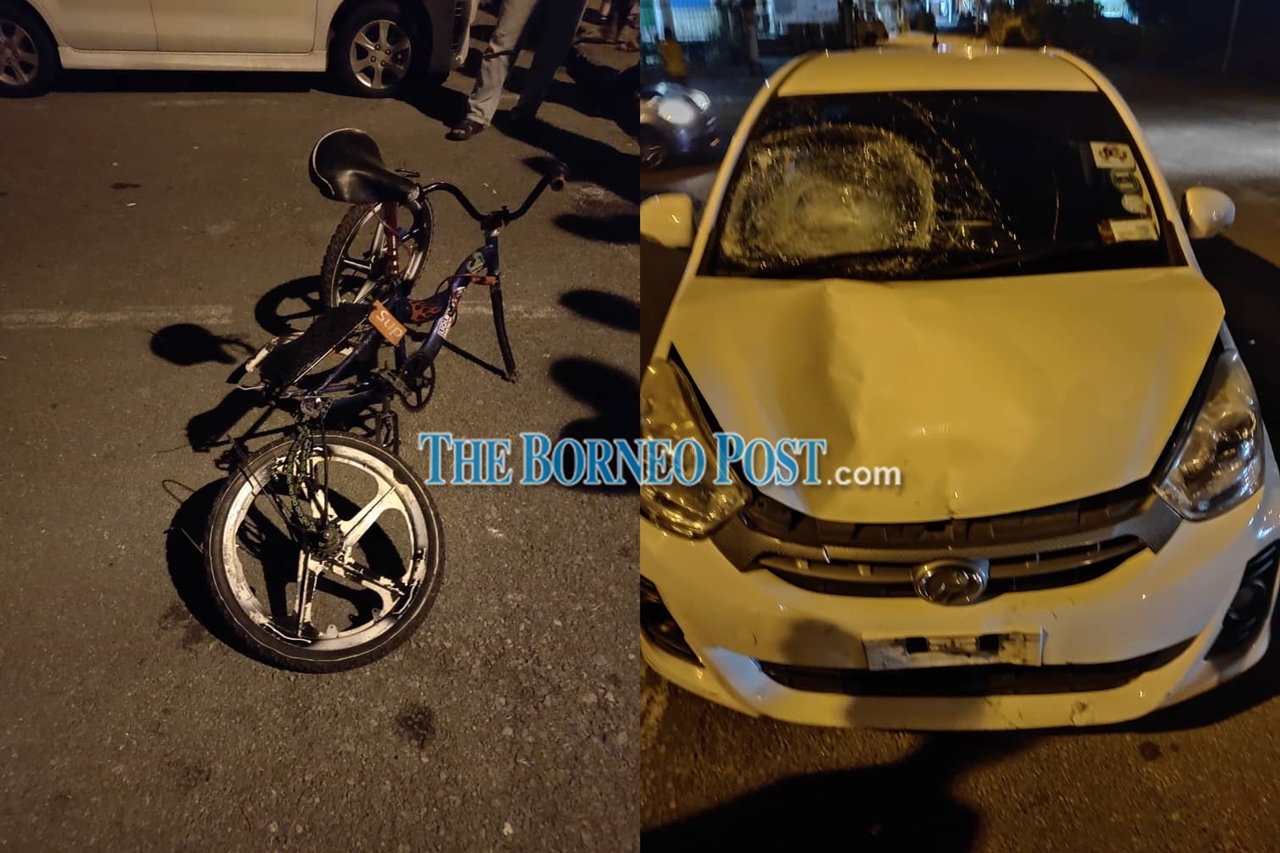 KUCHING: A night of cycling turned tragic for a group of boys when one of them was knocked down by a car at Jalan Kampung Sindang in Samarahan around 10.30pm last night.

The deceased; a 10-year-old boy, who was suffering from serious head injuries, was initially sent to the Sarawak Heart Centre before being referred to the Sarawak General Hospital (SGH) past midnight.