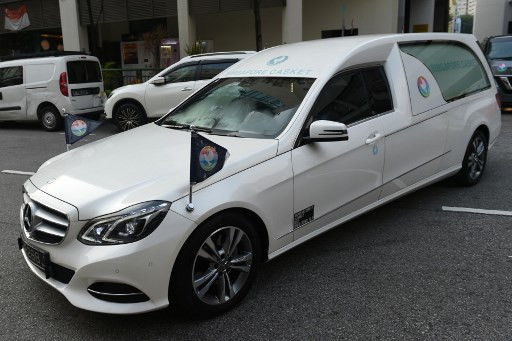 Mugabe's body heads back to a divided Zimbabwe for burial

The body of Zimbabwe's ex-president Robert Mugabe was flown out of Singapore Wednesday following his death last week, his nephew said, heading home for burial in a country bitterly divided by the hero-turned-despot's legacy.

Mugabe, a guerrilla leader who swept to power after Zimbabwe's independence from Britain and went on to rule for 37 years until he was ousted in 2017, died on Friday, aged 95.

His health deteriorated after he was toppled by the military and former loyalists in November 2017, ending an increasingly iron-fisted rule that sent the economy into ruin.