Rebels seek peace talks with Anwar in a never-ending feud

Warranty period up to 90 days! Best electrical services in town!
The most convenient way to buy movie tickets! Try here! 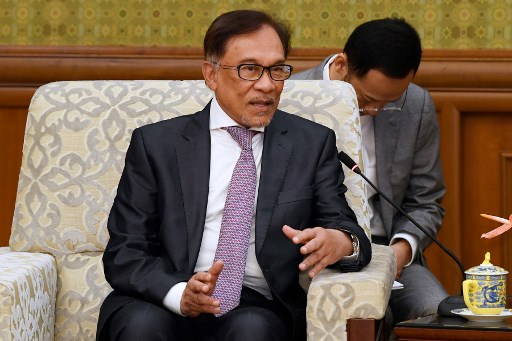 Anwar Ibrahim, remains in a never-ending feud that could rock Pakatan’s stability in the coming weeks. This despite the party President winning grassroot support, the feud is mainly due to a group of rebellious members.

PKR vice-president Zuraida Kamaruddin put out a sort of challenge to Anwar, asking him to meet the rebel members who signed a petition against him in which they showed support to embattled deputy president Azmin Ali.

Last month, she requested a meeting with Anwar. But Anwar did not respond immediately, casting doubts on whether he was interested in a meeting with the rebels. Anwar also told the rebels to attend the party’s monthly meet to discuss all pending issues.

But they refused and some party members who signed the petition in support of Azmin (including Azmin himself) are not attending party meetings saying they are busy with ministerial duties.

Nevertheless, some party members are saying the ‘rebels’ are avoiding the party members who want to grill them on several issues, while Azmin is not attending party meetings to avoid being grilled on the viral gay sex video implicating him and an ex-party member.

Now, Zuraida, who is the MP for Ampang, said she was waiting for an invitation from Anwar, whom she claimed had promised to meet her.

The issue exposes the rift within the Parti Keadilan Rakyat, which is the biggest party in the Parliament with more seats than other Pakatan Harapan or Barisan Nasional (opposition) parties.

The local media is constantly on the watch for the next move by the Anwar group and the Zuraida-cum-Azmin group in the party.

Azmin is said to hold the cards of ‘kingmaker’ in the party with the support of no less than 15 members who are MP’s or politburo members.

Zuraida complained to the media she had sent three letters to Anwar regarding the matter without getting a reply.

The meeting between Anwar and the rebels are part of efforts by the faction aligned to Azmin Ali to meet with Anwar to iron out a peace deal.

“They believe Anwar has no choice but to have them on his side due to the growing imbalance in the Pakatan Harapan coalition. Bersatu, the party of Prime Minister Tun Dr Mahathir Mohamad, is clearly roping in new MP’s which it is stealing from Umno to beef up its numbers in Parliament.

“This will not be in favour of Anwar if there is a count for the number of MP’s in support of his bid to become the next PM,” wrote an analyst on WFTV.LIVE.

But pro-Anwar members who hold high positions in the party are saying there is no need for a ‘special’ meeting outside the party’s regular meet up to satisfy the ‘demands’ from the rebels.

He said there is no need for any reconciliation meetings.

But Zuraida dismissed the Sec-Gen of the party, saying she does not recognise that the party has a secretary-general. -/TISG