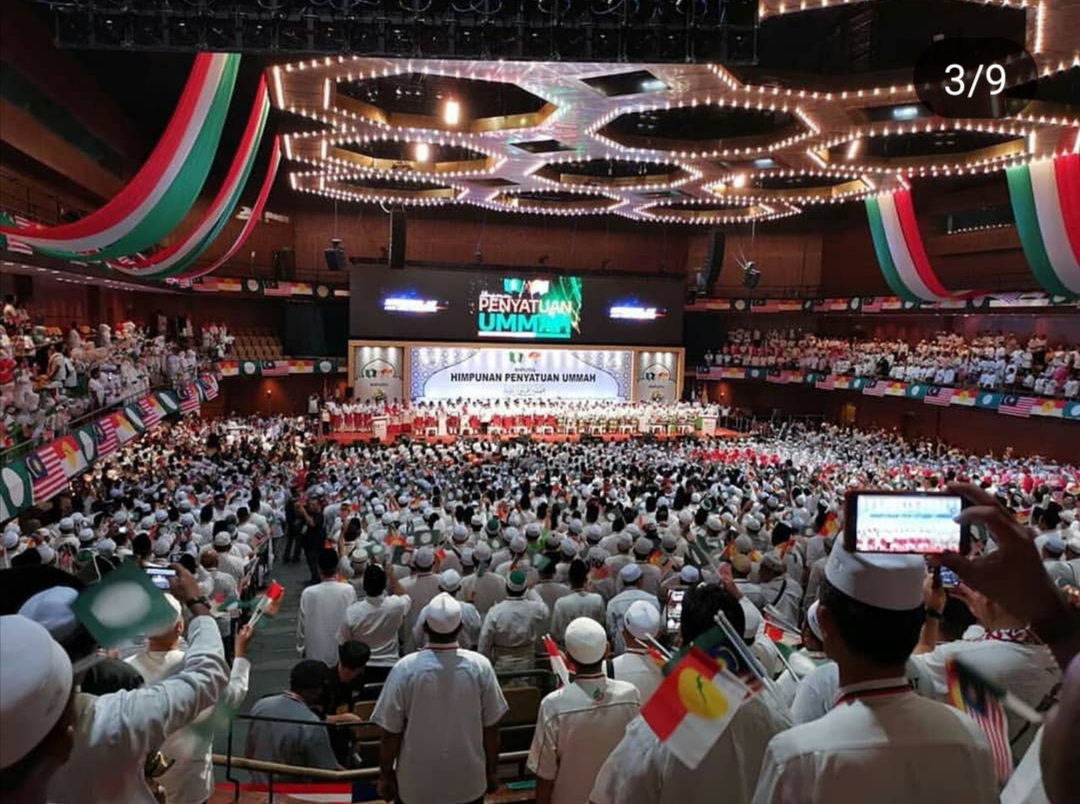 (The Star) – Thousands of supporters from PAS and Umno thronged Putra World Trade Centre on Saturday (Sept 14), as the two former political rivals are set to form a historical cooperation.

Supporters, with men donned in white and women wearing red headscarves, were seen gathering at PWTC, Umno’s headquarters, as early as 8am on the second day of Himpunan Penyatuan Ummah 2019 (Ummah Unity Gathering).

Traders were also seen setting up booths selling food and party memorabilia inside and outside of PWTC.