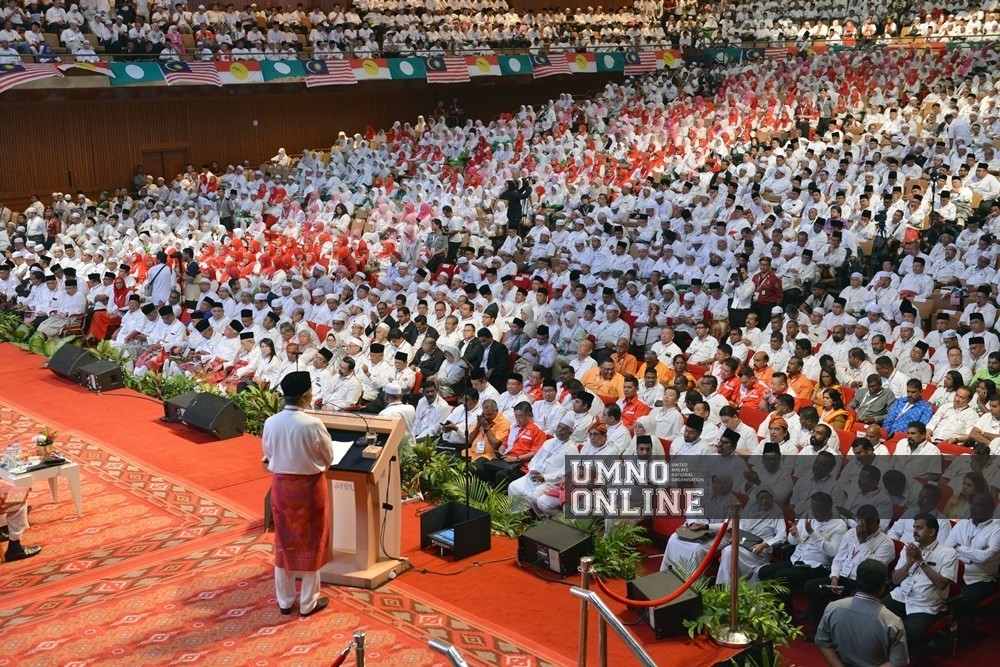 A massive indoor event sealed the Umno and PAS union in a coalition of the willing saying they will overthrow the Pakatan Harapan government and end the reign of the Democratic Action Party or DAP if elections are held soon.

Friday was the first time in the two party’s history that they converged together at the the Putra World Trade Centre, where Umno has its impressive HQ.

The Umno and PAS issued a strong statement to the ruling coalition, with the Parti Islam se-Malaysia’s portal Harakah Daily attacking the DAP for its role in the government.

The Umno also resorted to attacks against what it calls the DAP’s ‘Malaysia for Malaysians’ and its members are posting messages saying Malaysia means Malays are owners of the country. 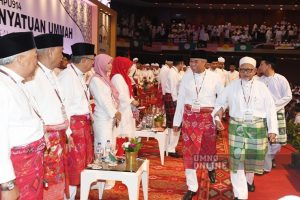 The Islamists are saying the DAP has to be banned for a racist and narcissist agenda which is creating havoc in the country and destroying unity. The Islamists accused the Chinese-led party of all the problems the Malays are apparently facing since the Pakatan took power, including a perceived loss of political power by the Malays.

For Umno-PAS, Pakatan is dominated by the DAP and the country is veering towards the elimination of Islam as the sole official faith in the constitution and the establishment of the Chinese as the dominant political force in the country.

The two parties issued a joint National Charter while thousands witnessed the official cementing of the union dubbed an ‘impossible’ union not long ago.

The charter was signed by Umno president Dr Ahmad Zahid Hamidi and his PAS counterpart Abdul Hadi Awang at the culmination of the two-day Himpunan Penyatuan Ummah held at PWTC yesterday, Sunday, Sept 15.

The charter, the parties say, signals a new “national unity” and touches on upholding and defending the Federal Constitution, strengthening national unity between all races and religions in Malaysia, empowering the Muslim and bumiputra agendas and collectively working towards a country that champions inclusive growth and integrity.

Pakatan leaders lambasted PAS for ignoring the ‘Hudud’ or Islamic Shariah laws in the charter, calling the union a failed entity.

However, based on the charter, it appears the Umno-PAS union will pursue the ideology of pushing Islam and the Malay race ahead of the game.

But the leaders of Umno and PAS say they leave the doors open for other races to give them all their support adding that this is central to political stability and general harmony.

PAS worked with the Umno in the past, in 1974, when PAS candidates contested under the Barisan Nasional banner.

But the coalition did not last long and PAS broke away from Barisan to build its own political power base in Kelantan in particular. -/TISG