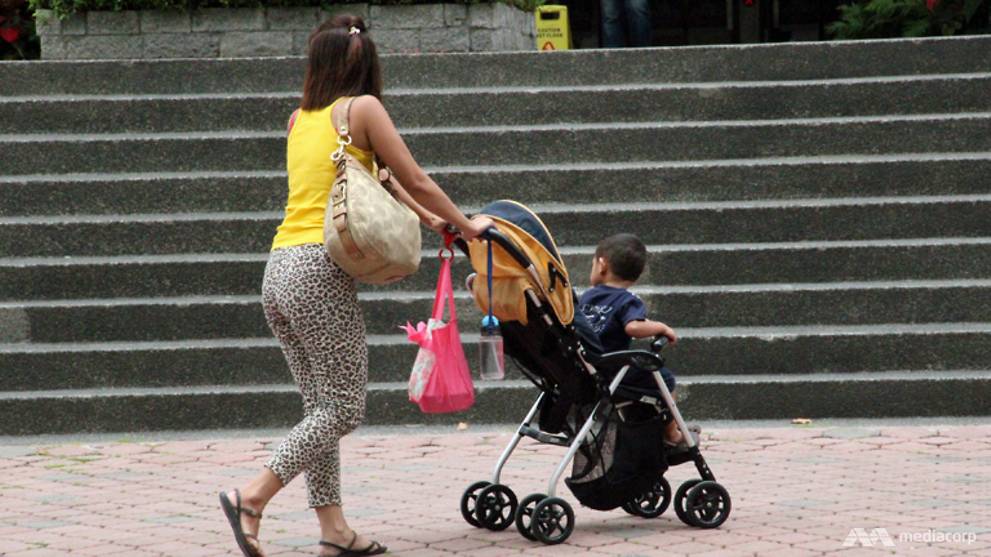 A mother pushes her child in a pram. (File photo: Francine Lim)

PETALING JAYA: The Malaysian government is looking at amending the law to allow local mothers to automatically obtain citizenship for their children born overseas.

Currently, only Malaysian fathers are allowed to do so, while mothers in the same situation have to make an application.

“Today, we are living in 2019. Malaysian men and women should be treated equally. That’s why we have written to the Home Ministry and the Foreign Ministry to request for this amendment to be made because many families are affected by this law," Deputy Women, Family and Community Development Minister Hannah Yeoh said on Wednesday (Sep 18).

“We have been meeting since April this year where the three ministries have been discussing the issue and thus far feedback has been positive."

Ms Yeoh was speaking after attending the Malaysian Citizenship Equality Campaign, which aims to raise awareness of the effects of gender discrimination against women in the country.

The issue of citizenship is a stressful and traumatising one, said Ms Yeoh, adding that it has caused problems in terms of children’s care including health and education.

She hopes that the proposed amendment to the law - Article 14 of the Federal Constitution - would get the necessary support.