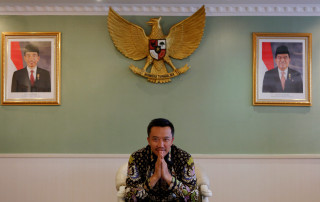 KPK commissioner Alexander Marwata announced the decision at a press conference at the KPK headquarters in South Jakarta on Wednesday.

"Based on our investigation, we have set two suspects, IMR, the 2015-2019 youth and sports minister, and MIU, [Imam's] personal assistant," Alexander said at the press conference.