Jolin Tsai asks media to stop focusing on her breasts

Pack your bags and travel to these weekend getaways from $69!
Traveling abroad? Get this SIM card and use mobile data worry-free! 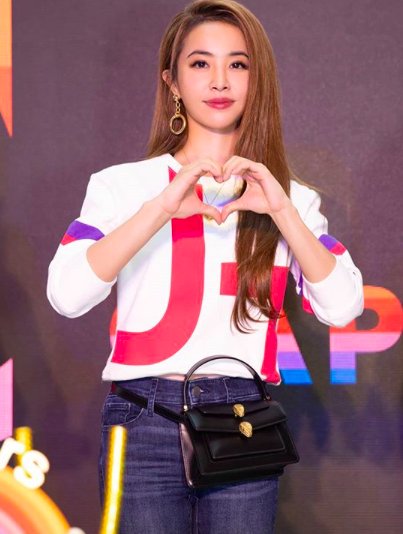 Taiwanese singer Jolin Tsai is offended that a headline decided to focus on her breasts.

The Dancing Diva singer asked for the opinion of her fans on what kind of gender education they had gotten when the headline focused on her breast size, in a status update on her official Facebook page.

The post was attached with the hashtag body awareness.

Photos of her celebrating her 39th birthday recently in Thailand showed her revealing too much cleavage and her Facebook post was a response to that.

The headline reportedly read that she had celebrated her birthday by revealing her breasts.

Tsai was seen wearing a white tank top while dancing away at an outdoor bar on the eve of her 39th birthday on Sept 15.

Tsai has vehemently denied on the speculation that she had undergone surgeries to enhance her breasts.

Her post has since received over 41,000 reactions and has been shared over 431 times.

One of her fans, Ye-Zhen Wu, commented that the headline reflected the mentality of how a woman’s breasts “determined her value”.

Another fan, Connie Li, wrote that instead of highlighting Tsai’s performances, the media preferred to focus on her breasts instead.

“I feel exasperated,” she shared.

It is the Chinese showbusiness’ equivalent to the Grammy Awards. Tsai’s album Ugly Beauty was nominated in seven categories.

Tsai is a Taiwanese singer-songwriter, dancer, actress and businesswoman who is popular abroad as well.

She is known for always reinventing both her music and image and she played a huge role popularising dance-pop as mainstream popular music in Greater China.

She maintains her autonomy within the recording industry, and her musical productions have received widespread critical acclaim.

Referred to as the “Queen of C-Pop”, she has achieved popularity in Chinese-speaking world by releasing a series of successful albums.