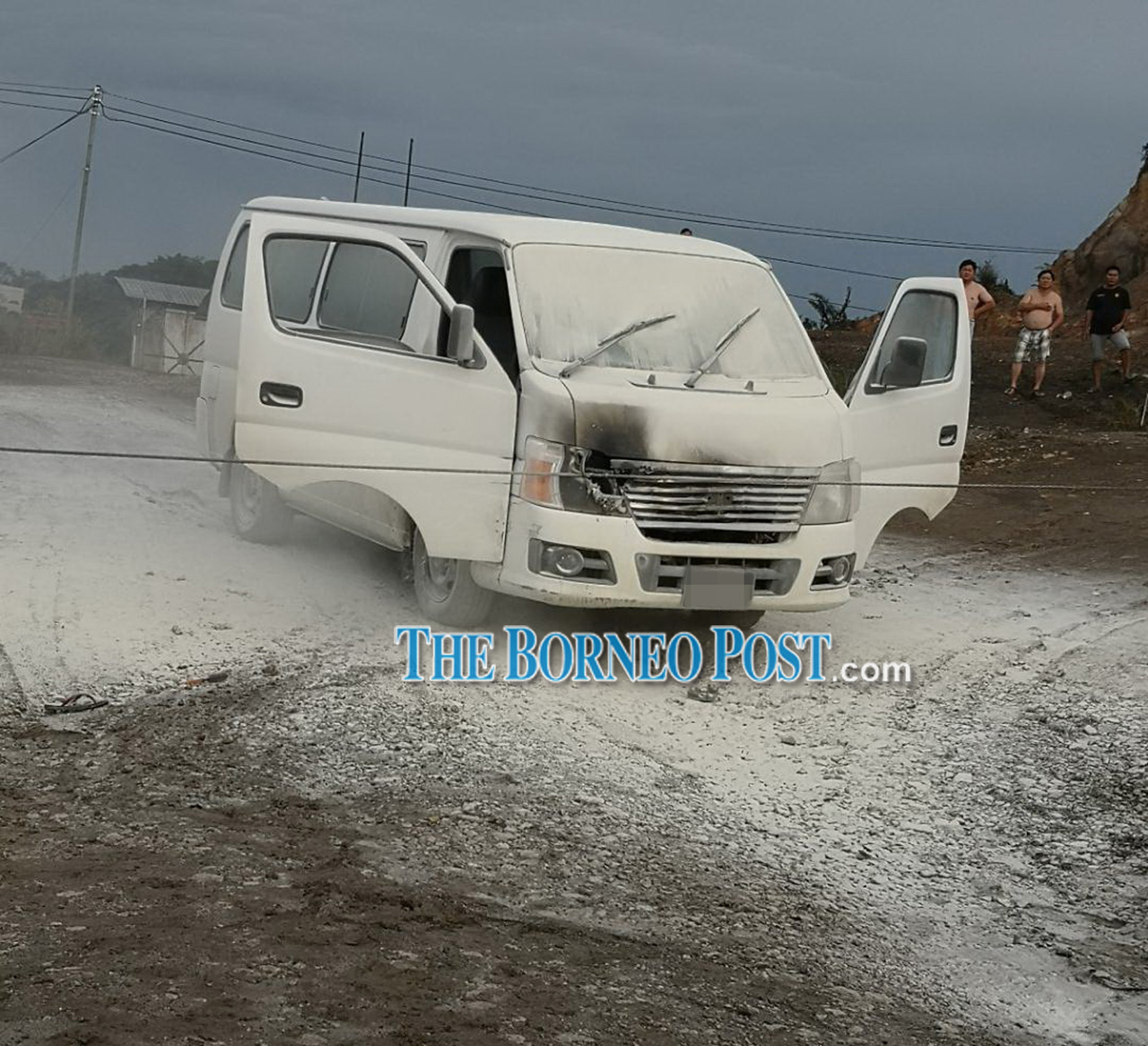 BINTULU: Initial investigations by Sarawak Energy Berhad (SEB) over the incident involving a van driver and school children at the Pan Borneo Highway work site in Tatau on Tuesday showed that earthing cables was cut.

During the incident, a 55-year-old woman was transporting five children, including her son, to the nearby schools when the van hit a downed power line, resulting in the vehicle catching on fire and inflicting severe burns to the woman.