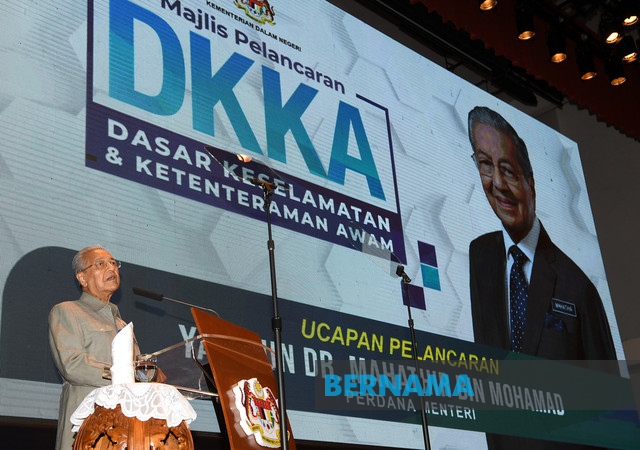 PUTRAJAYA: The government will study the need to reintroduce the Goods and Services Tax (GST) if that is what the people want, said Prime Minister Tun Dr Mahathir Mohamad.

“If the people believe GST is better, we will study.

“We will study whether it (GST) is better than SST (the Sales and Service tax),” he told reporters after launching the Security and Public Order Policy at the Home Ministry here today.

The Malaysian Institute of Economic Research on Tuesday urged the government to reintroduce GST in the 2020 Budget at a lower rate of three per cent.

However, Dr Mahathir said the decision to reintroduce GST would not be included in the 2020 Budget which would be tabled next week on October 11.

“It would be difficult to include it in the budget. Maybe later on,” he said.