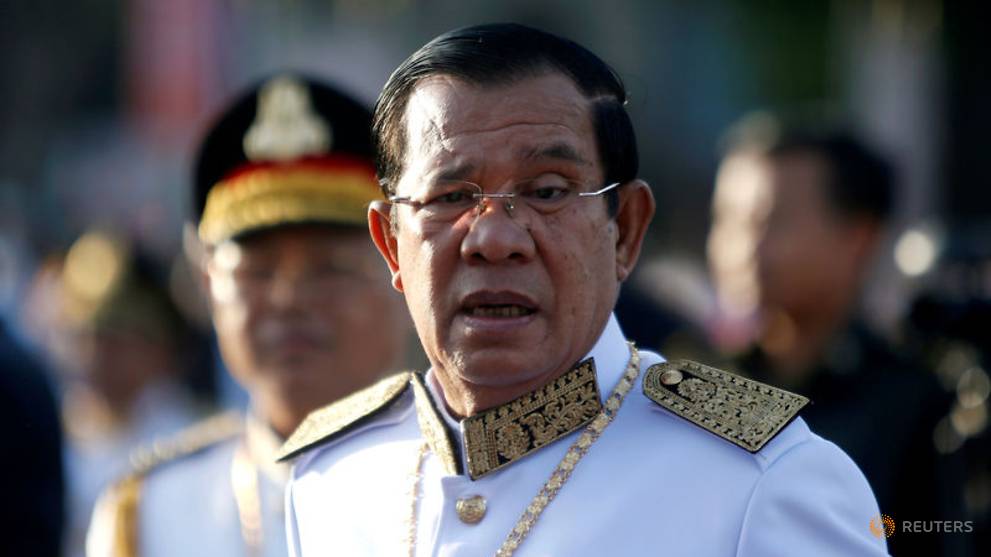 PHNOM PENH: Cambodia's prime minister threatened on Monday (Oct 7) to deploy the military if leaders and supporters of the disbanded main opposition party return from exile next month in what he would regard as an attempted coup d'etat.

At least 30 opposition activists have been arrested this year and accused of plotting to overthrow the government before the planned return from self-exile of Sam Rainsy, founder of the dissolved Cambodia National Rescue Party (CNRP), on Nov 9.

In a ceremony in the capital, Phnom Penh, Prime Minister Hun Sen said Rainsy's return would be an incursion by forces seeking to overthrow his government.

Rainsy has called for an uprising against the longtime leader. Hun Sen said that if opposition leaders and supporters returned, such declarations would mean that "the army must begin to deploy and use weapons of all kinds".

Last year, Hun Sen extended his rule of more than three decades in an election in which his ruling party won all the seats in parliament.