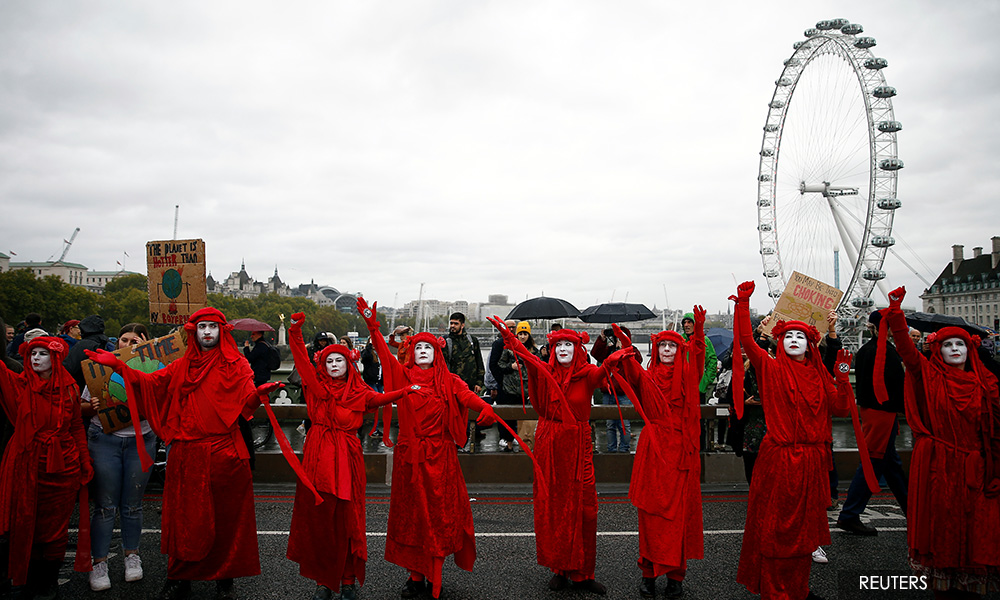 'Sorry, this is an emergency': Climate protesters block streets around the world

Thousands of climate-change protesters took to the streets in cities around the world on Monday, launching two weeks of peaceful civil disobedience to demand immediate action to cut carbon emissions and avert an ecological disaster.

In London, police arrested 276 activists from the Extinction Rebellion group as they blocked bridges and roads in the city centre, and glued themselves to cars, while protesters in Berlin halted traffic at the Victory Column roundabout.

Dutch police stepped in to arrest more than 100 climate activists blocking a street in front of the country’s national museum and there were similar protests in Austria, Australia, France, Spain and New Zealand.

“SORRY that we blocked the road, but this is an emergency,” declared placards held by activists in Amsterdam.

In New York’s financial district, protesters spattered the Wall Street Bull and themselves with fake blood and lay prone around the sculpture to evoke their fears of a deadly environmental catastrophe.

The protests are the latest stage in a global campaign for tougher and swifter steps against climate change coordinated by Extinction Rebellion, which rose to prominence in April when it snarled traffic in central London for 11 days.