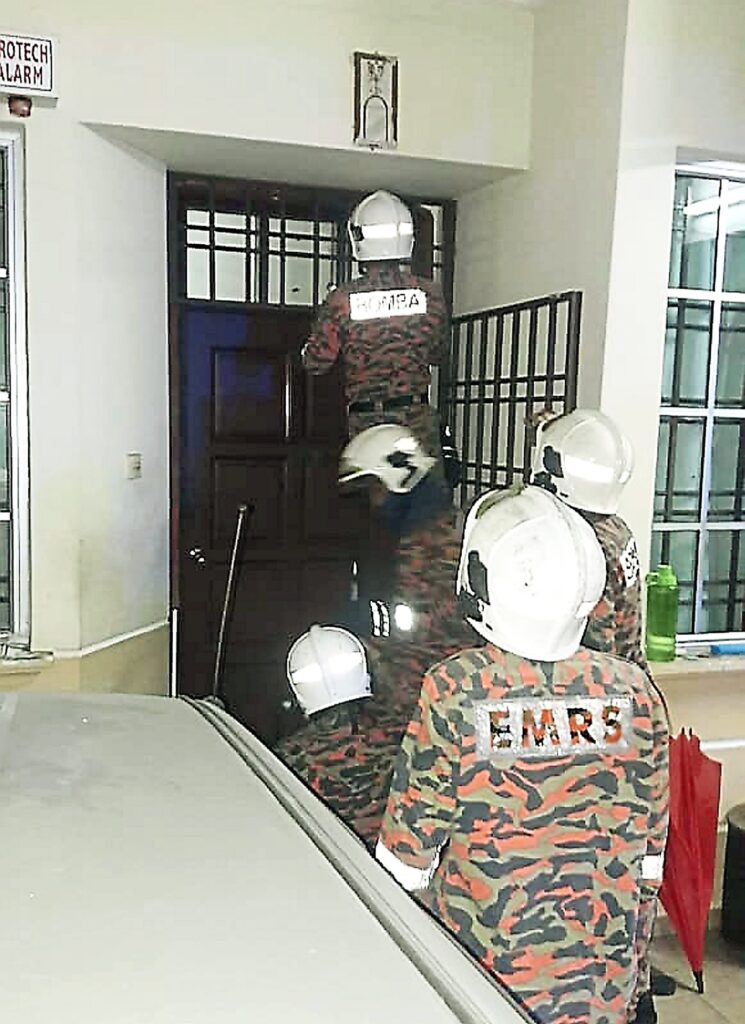 A 22-year-old woman with Down Syndrome was rescuedafter being trapped with her mother’s corpse at a home in Johor Bahru over the weekend.

The woman endured 4 days of starvation and dehydration before being discovered.

Fire and Rescue Department was notified of the incident by the deceased woman’s son who comes and visits his mother and sibling once a week.

After being unable to enter the house, the man then took a peek inside the home through the front door and saw his mother in the living room, laying on the ground motionless.

Rescue personnel trying to gain entry into the home (Image Credit: The Star )

Dispatched rescue personnel broke into the home to find the woman lying lifeless.

The special needs woman was later found in one of the bathrooms severely malnourished.

She is now under the care of her brother, while their deceased mother’s body was sent to the hospital for postmortem.