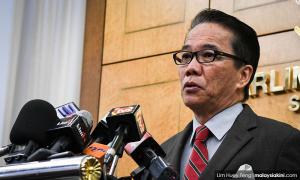 PARLIAMENT | About 75 percent of complaints which were received by the Enforcement Agency Integrity Commission (EAIC) involve police personnel since it was set up in 2004 until to date.

‘’Meanwhile, the rest involved 20 other enforcement agencies,’’ said Minister in the Prime Minister’s Department Liew Vui Keong in his written answer which was highlighted in the Parliament website yesterday.

He was answering a question from Azalina Othman Said (BN-Pengerang) who wanted to know the rationale of the Independent Police Complaints and Misconduct Commission (IPCMC) Bill stipulating that the EAIC be abolished when the commission is set up.