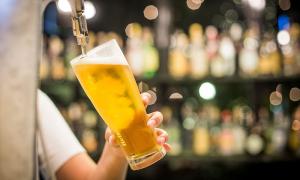 Its secretary Jeremy Wong Kwan Kit said the event should not be condemned or sabotaged as it was not meant for the Muslim community.

"Labuanites have always been proud of their ethnic and religious tolerance despite the racial and religious diversity," he said in response to Labuan PAS which threatened through a statement in a local daily to boycott the One Stop Duty Free outlet which is organising the event and Palm Beach Resort which is providing the venue.