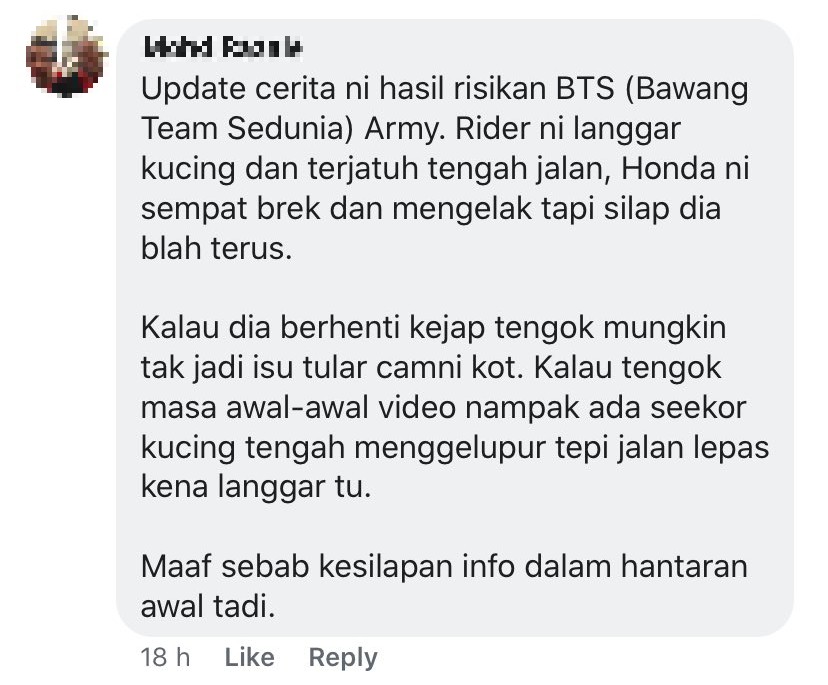 It can be hard for a rider to deliver food to customers all in the name of making an honest living.

Often a hazardous job, there could be unexpected accidents such as the incident that went viral recently.

In a 38-second video that popped up on social media, it depicts a hit-and-run incident in Shah Alam where a Foodpanda rider was hit by a white Honda.

Reportsstated that the incident occurred at around 1pm on Friday (Oct 18).

On the road Reckless driving