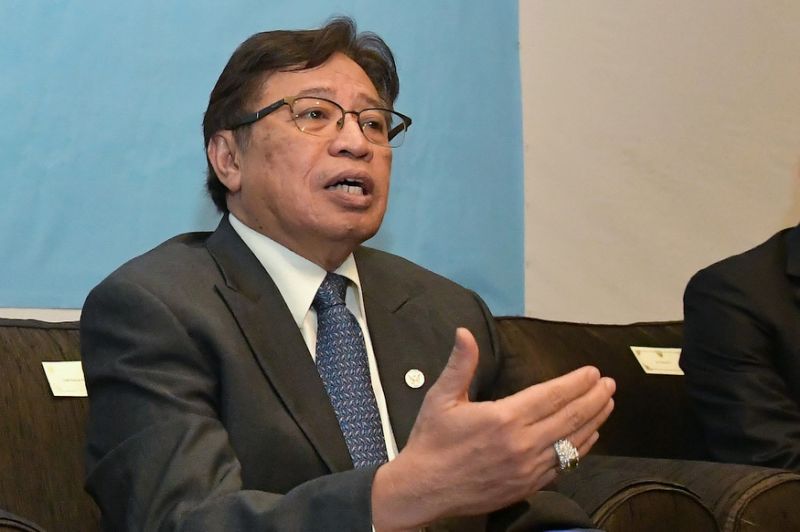 Sarawak CM says next state budget will have more for development

Do you want a free iPhone Xs? Many other amazing prizes are waiting too!
Highest quality moving experience! No hidden charges!

SIMANGGANG, Oct 25 — Chief Minister Datuk Patinggi Abang Johari Openg today said the state’s 2020 budget he will table at the Sarawak State Assembly next month will allocate more funds for development.“The allocation for development in the state budget will be better than the allocation for Sarawak under the federal 2020 Budget tabled in Parliament earlier this month,” Abang Johari, who is also the state finance and economic planning minister, said.Speaking at the launch of a three-day Tidal Bore Festival here, he said the allocation of RM4.2 billion in the federal Budget was grossly insufficient for Sarawak.“Don’t worry, we have sufficient fund. Just wait on November 4 when I table the state budget,” he said, adding that it will bring good news for the people of Sarawak. The Sarawak State Assembly will sit from November 4 to 13.He said the state budget will allocate more funds for the state’s transformation programmes, such as building bridges, roads and other facilities for the benefit of the people.“But the transformation can only happen if the people are united under the state government,” he said, repeating his claims that only Sarawakians know more about the state than the “others”.“We know what Sarawakians want while the others only come here, instigate the local people to quarrel among themselves, and after that, they leave while we are fighting among ourselves,” he said.Among those present at the launch of the Tidal Bore Festival were Deputy Chief Minister Datuk Amar Douglas Uggah, Speaker Datuk Amar Asfia Awang Nasar, Local Government and Housing Minister Datuk Seri Dr Sim Kui Hian, Tourism, Arts and Culture Minister Datuk Karim Rahman Hamzah and State Secretary Datuk Amar Jaul Samion.