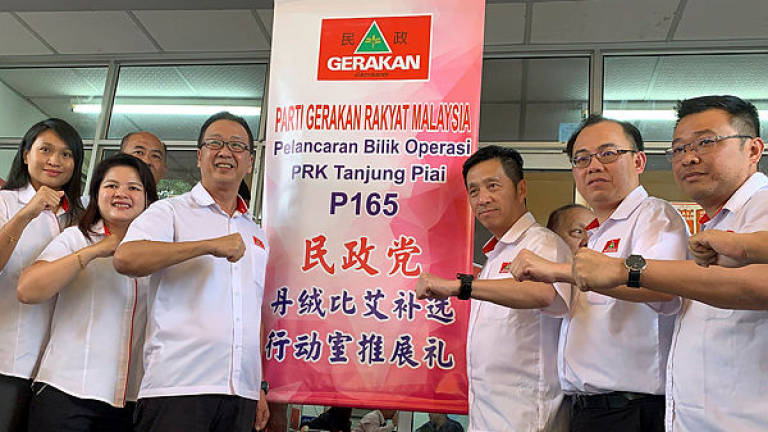 Confirming this today, Lau said the candidate was Johor-born.

“We will announce it tomorrow at the party (Gerakan) headquarters in Kuala Lumpur, as other parties are announcing their candidates today,” he told reporters after launching the party’s Election Machinery Operations Room for the by-election in Pekan Nenas, here.

Meanwhile, MCA members were today reminded to work hard and to also ensure team work prevailed in the run-up to the by-election.

Nomination for the Tanjung Piai by-election is on Nov 2 and polling is on Nov 16.

The seat fell vacant following the death of incumbent MP Datuk Dr Md Farid Md Rafik, 42, who was Deputy Minister in the Prime Minister’s Department, on Sept 21 due to complications from a heart attack. — Bernama