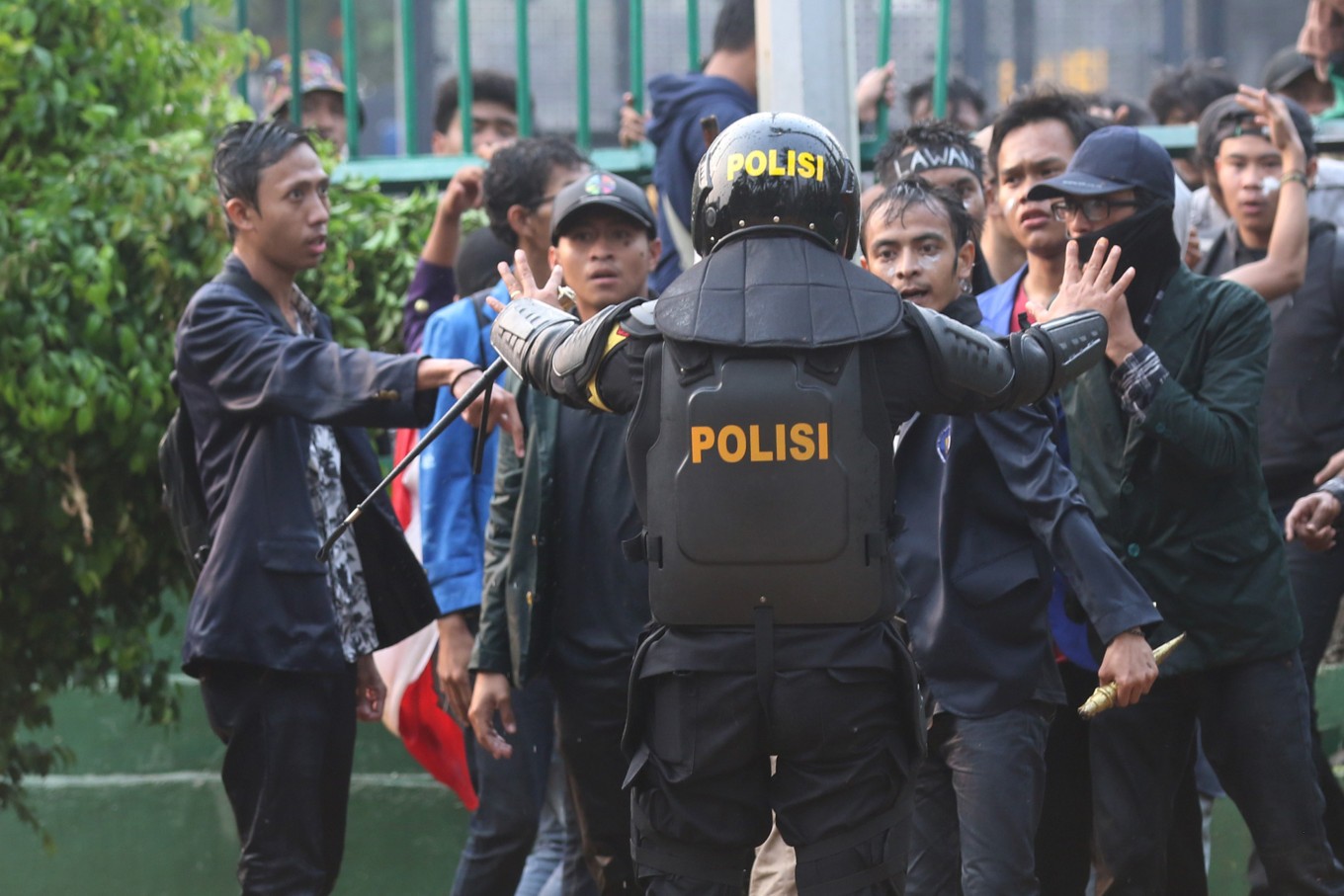 The Southeast Sulawesi Police have taken disciplinary actions against six officers who carried firearms when they were sent to a rally on Sept. 26 in the provincial capital of Kendari, where two students died while participating in the protest.

After two disciplinary hearings held by the police’s internal affairs division (Propam), the six officers were declared to have violated three of their duties as stipulated in Article 4 of Government Regulation No. 2/2003 on police discipline, Southeast Sulawesi Police spokesperson Comr. Agus Mulyadi said.