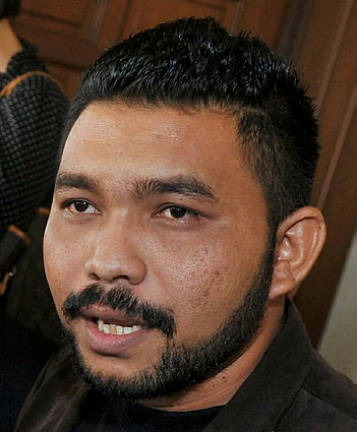 KAJANG: The political secretary to Youth and Sports Minister Syed Saddiq Syed Abdul Rahman told the magistrate’s court here today that blogger Papagomo had grabbed the minister, who was walking towards his car, by the neck on the nomination day for the Semenyih state by-election last February.

Recalling the incident, Mohd Aizad Roslan, 38, said it happened after the nomination process for the Semenyih by-election at about 11.05am last Feb 16.

“Myself and two other officers, Amin (police escort) and Redzuan (special officer) were accompanying the minister to the car when a group of Barisan Nasional (BN) supporters, who were in the area, cursed and hurled offensive words at us, but we ignored the provocation.