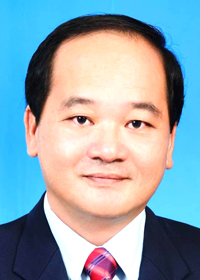 BINTULU: Royal Brunei Airlines’ (RB) Bandar Seri Begawan-Bintulu flights, which began on Tuesday, have been welcome by Bintulu folk, who hope the route could further boost economic growth, particularly in terms of tourism.

RB is the first international airline to fly here under the airline’s RB Link regional initiative, which connects cities and towns within Borneo.

For Muhammad Shamad Ahmad, the initiative is likely to strengthen cooperation between Sarawak and Brunei.

“Users will have more options in terms of aviation providers for international routes instead of relying on MAS and AirAsia and transiting in Kuala Lumpur.

“RB should focus on ensuring consistently low price offers as competition for other airlines, especially for its international destinations and Umrah packages,” he said.

“We can enhance our tourism industry to generate more revenue for the region thus the public will benefit from the industry.