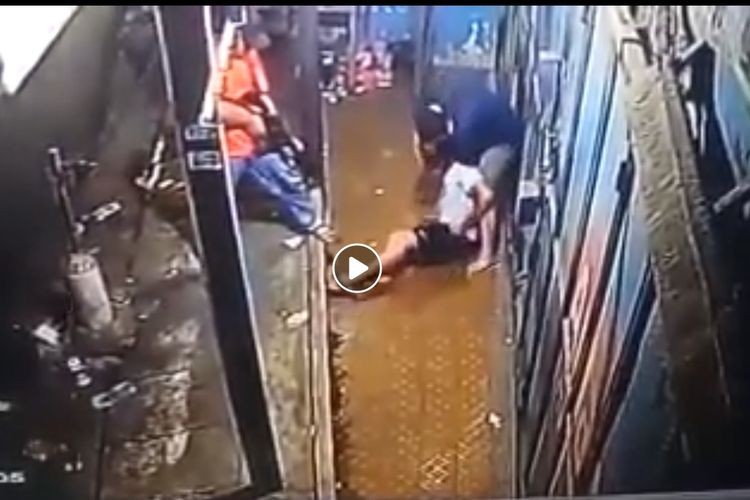 A man was arrested for a crime he did not commit in Cengkareng, West Jakarta and the incident was recorded by a CCTV camera, the footage of which went viral on social media.

The man, identified as AE, was squatting holding a cell phone in front of a shop in the Mutiara Taman Palem Blok B housing estate when two police officers in plainclothes approached him. One of the officers pointed a gun at AE, while his partner pushed the man, making him lie face down on the floor. According to the footage, the second officer then handcuffed AE.