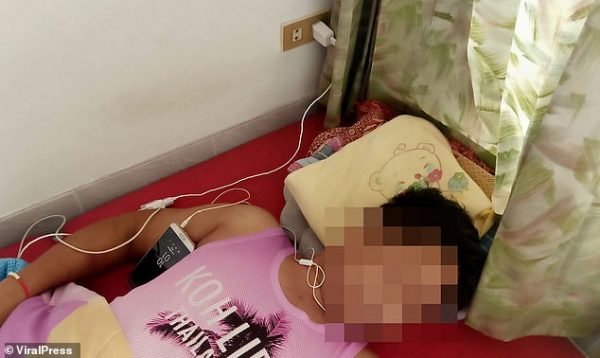 Admit it, many of us are guilty of watching videos on our devices while trying to fall asleep.

For illustration purposes only

Perhaps you might think twice about doing it in the future after this story.

On Wednesday (13 Nov), a man in Thailand named Somchai Singkhor was found dead laying on his mattress, reports The Daily Mail.

His exact cause of death remains a mystery at the time of writing.

However, Thai police believe that Somchai was electrocuted by the pair of earphones he was wearing, connected to his handphone he was using to watch football videos on.

Found dead with phone plugged in

According to The Daily Mail, the 40-year-old chef was last seen on Tuesday (12 Nov) laying down on his mattress “watching TV on his phone” with his earphones plugged in.

Thinking that Somchai was merely feeling unwell, he phoned their employer and asked him to “find out what had happened’.