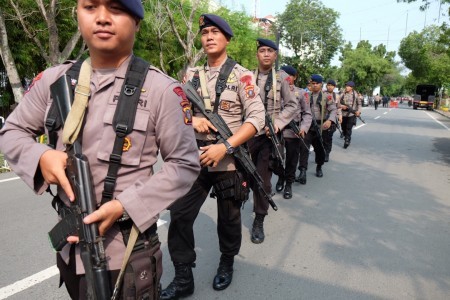 Two suspected terrorists were shot dead while one member of the National Police’s Densus 88 counterterrorism squad was injured in an exchange of gunfire in Datar city, Hamparan Perak district, Deli Serdang regency in North Sumatra on Saturday.

The two alleged terrorists, as yet unidentified, died after being shot by Densus 88 officers. Their bodies have been taken to the Bhayangkara Police Hospital in Medan.