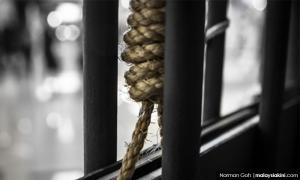 A Malaysian, Abd Helmi Ab Halim, was hanged today at Changi Prison after having been convicted of drug trafficking in 2017.

The execution was confirmed by Lawyers for Liberty (LFL) advisor N Surendran.