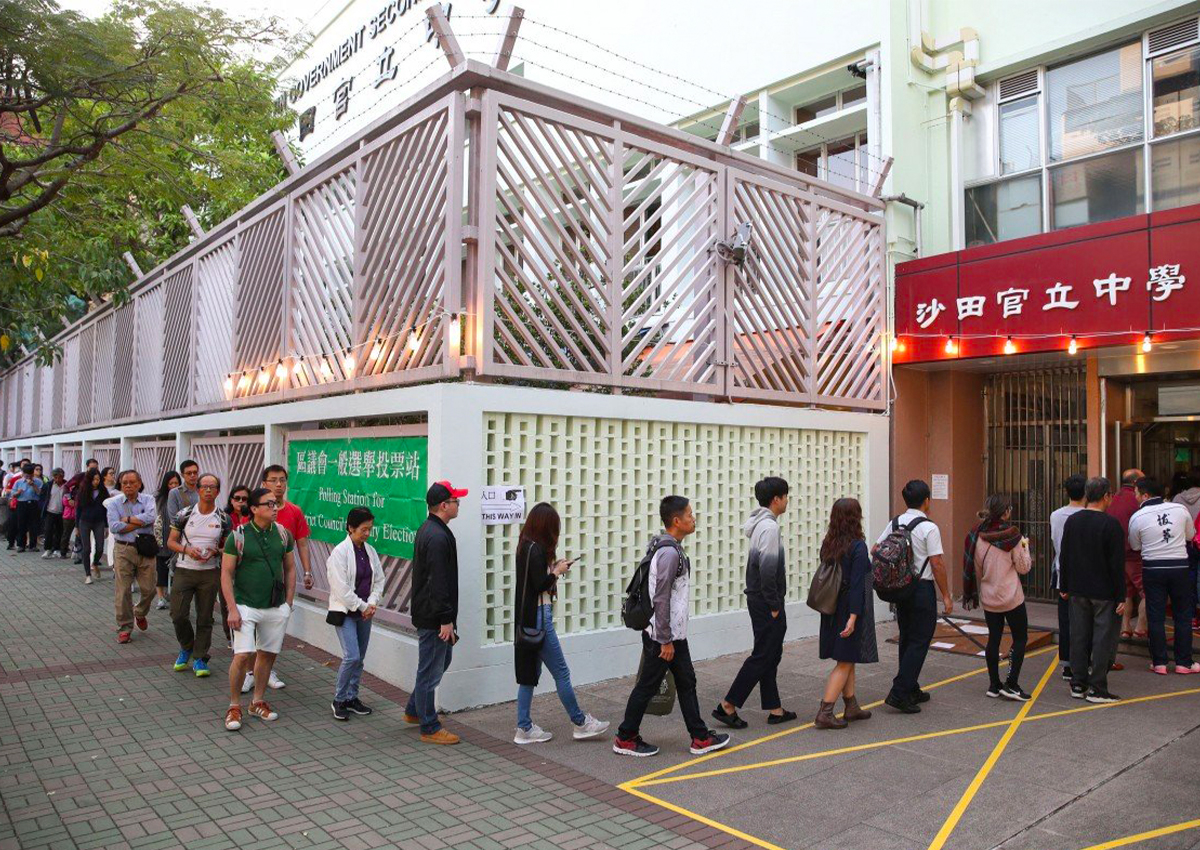 Hongkongers were up early to cast their vote in the first public election since the mass protests broke out in June, with young people among those waiting in long queues before polling stations opened.

A record 4.1 million Hong Kong residents are registered to vote in the district council elections on Sunday, when 1,090 candidates contest 452 seats.