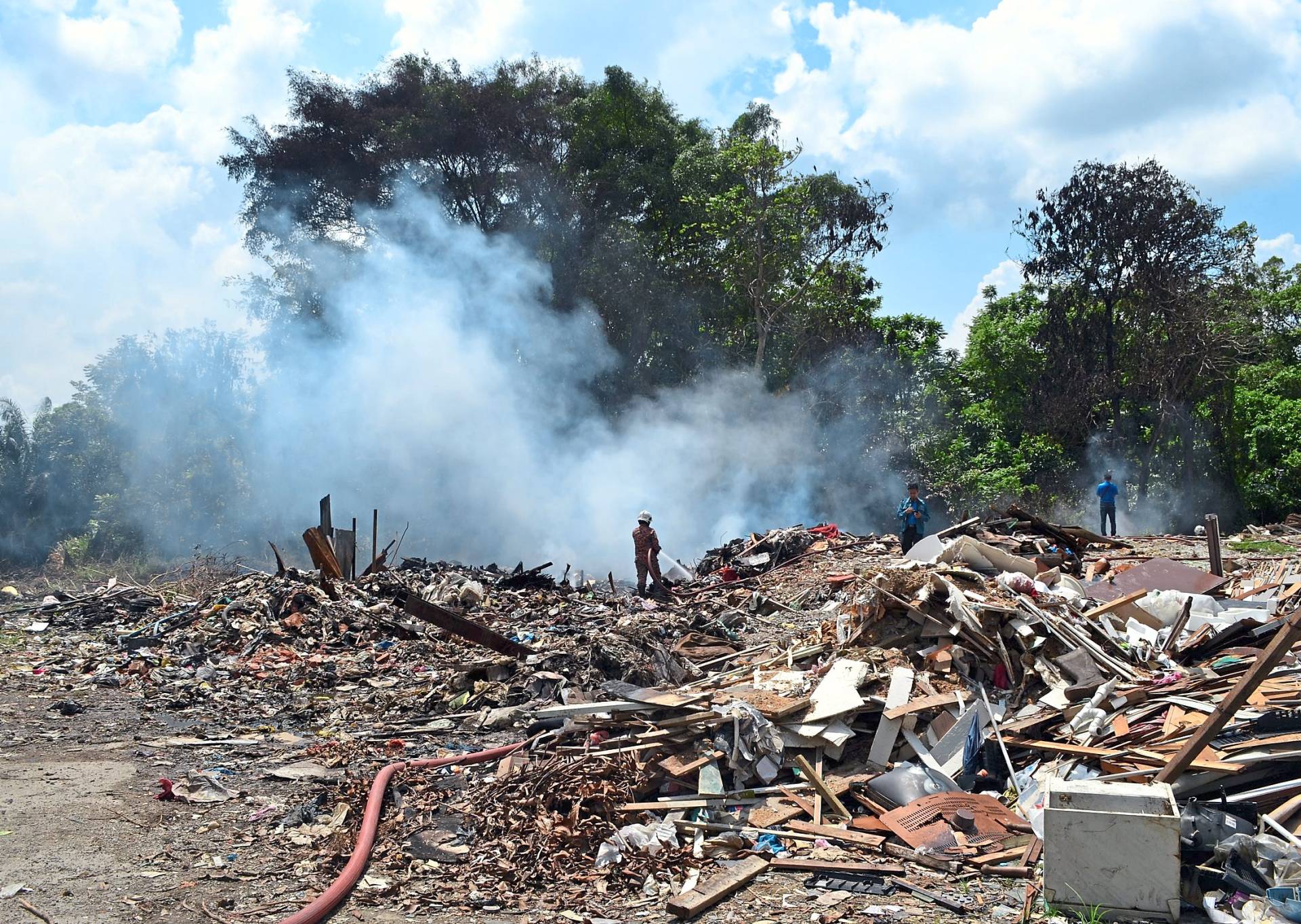 Beijing 101 has many positions looking to be filled! Apply now!
Enjoy 42% off Brazilian BBQ buffet! Eat the premium steak till you drop!

ISKANDAR PUTERI: Johor has come up with an action plan to prevent and address cases of open burning and forest fires. State local government, urban well-being and environment committee chairman Tan Chen Choon said the plan called National Open Burning Action Plan 2019 will be carried out by the Fire and Rescue Department. “The Fire and Rescue Department will be involved in all the fire fighting aspects while the Department Of Environment (DoE) will be in charge of enforcement action against those involved in open burning or forest fires. “DoE can issue a compound under Section 29A of the Environmental Quality Act 1974, Prohibition of Open Burning (Act 127),” he said at the state assembly at Bangunan Sultan Ismail in Kota Iskandar here yesterday. Tan said this in reply to a question from Datuk Osman Sapian (PH-Kempas) on the state government’s plans to prevent open burning and forest fires. He said if the open fire involved a big area, the state Disaster Management Committee will be activated and act to control the problem. “The Fire and Rescue Department, local authorities and other agencies under the committee will provide all necessary aid to contain the problem. “The cost of operations will be discussed and tabled under the Disaster Management Meetings and claimed from the state Disaster Fund,” he said, adding that a heavier penalty that can be used included Section 82 of the Local Government Act 1976, which carried a requirement for the landowners to clear the rubbish. “The cost of cleaning and clearing an area of rubbish or undergrowth can be claimed from the landowners under the same Act,” said Tan. On the matter of usage of vape or e-cigarettes among students in Johor, it is under control, said state education, human resource, science and technology committee chairman Aminolhuda Hassan. The Parit Yaani assemblyman said based on records from schools, 757 out of 576,901 students throughout the state were caught using vape and e-cigarette. “The Johor Education Department is looking at this issue seriously and has directed all schools to conduct counselling and guidance to students involved,” he said in his reply to Muhamad Said Jonit (PH-Mahkota). On an unrelated matter, he said more than RM2mil in Insentif Harapan Siswa (IHS) had been disbursed to 2,488 students taking diploma and degree courses at public and private institutes of higher learning in Johor this year.Aminolhuda said the students were from the underprivileged group. “The aid is meant to reduce the burden of students during the first few months of starting their higher education,” he said, adding that the students received between RM500 and RM1,000 for diploma and degree courses respectively. He said this in reply to a question from Muhammad Taqiuddin Cheman (PH-Pulai Sebatang) on the total IHS recipients this year. On the subject of free water, a total of 164,402 account holders from the B40 group enjoyed this until October this year, said Johor international trade, investment, and utility committee chairman Jimmy Puah Wee Tse. Puah said the figure involved about 75% of the registered accounts that qualify for the free 10 cubic meter of water or RM8 a month. “This group are also recipients of Bantuan Sara Hidup (BSH) in Johor, with a household income of RM3,860 and below. “While tabling Johor Budget 2020, Mentri Besar Datuk Dr Sahruddin Jamal announced that the free water will continue with a cost of RM22.02mil and benefit 229,000 registered account holders,” he said. Puah said this in his reply to Nor Rashidah Ramli (BN-Parit Raja), adding that Johor Baru had the highest number of recipients, with 24,710 followed by Pasir Gudang (22,404), Kulai (18,604), Batu Pahat (18,203) and Yong Peng (4,823). He said Muar had 8,064 recipients, Tangkak (4,790), Kluang (18,589), Kota Tinggi (9,562), Segamat (11,165), Pontian (8,293), Mersing (4,335) and Iskandar Puteri (13,860).