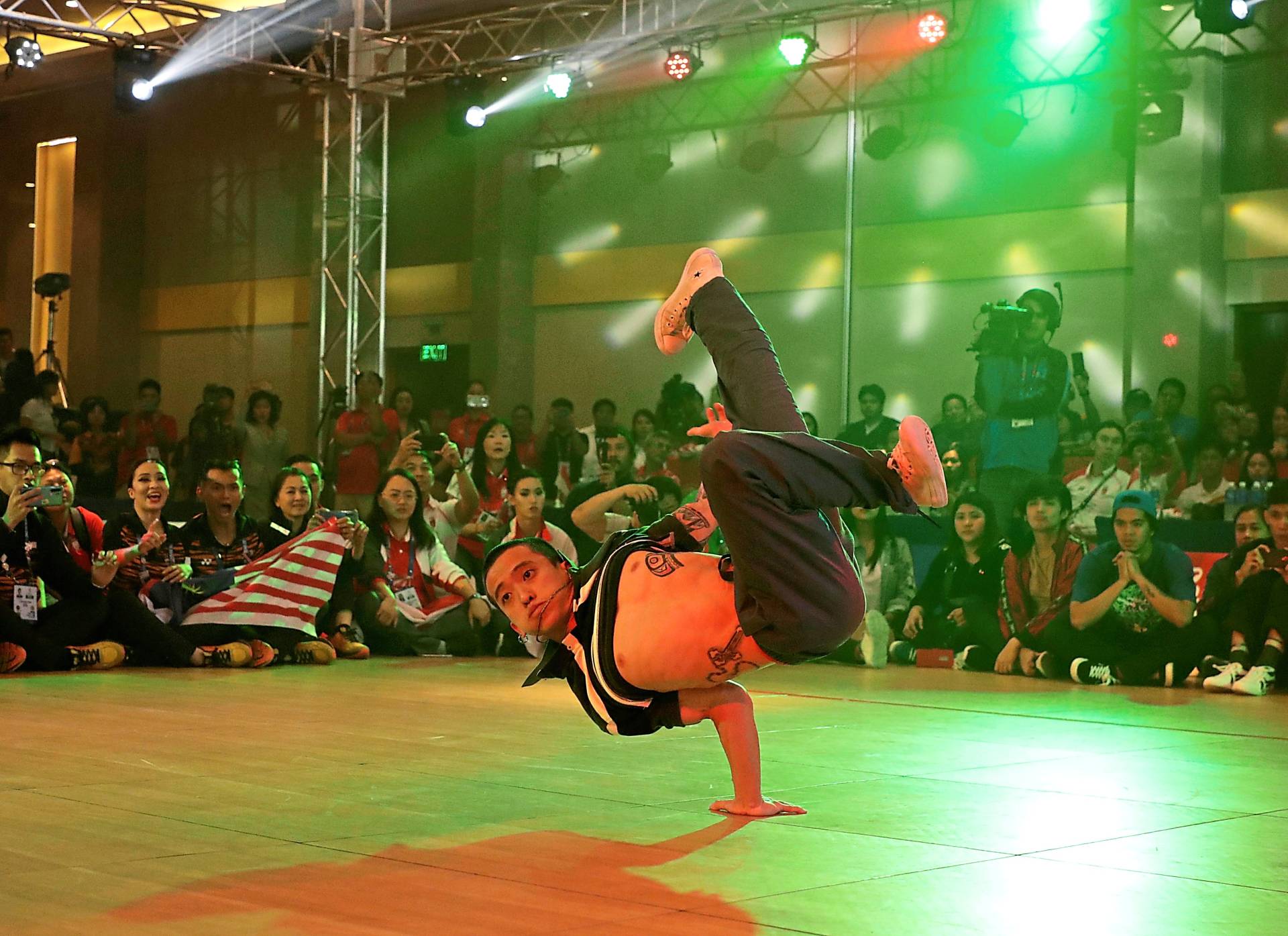 Want to study for an MBA? First understand these
Eu Yan Sang is hiring! Enjoy rich benefits and a good working environment!

THEY don’t call him Lego Sam for nothing. Sam Jee Lek let his legs and arms do the talking as he swaggered and flipped to put together a gold medal winning performance in the men’s breakdance event. Filipinos were lining up at 6am to get into the venue, the size of a wedding hall in Malaysia, for the one-day dancesport competition, which saw all 13 gold medals decided. And the 24-year-old secured the second gold for Malaysia in style by collecting the maxium 12 points, beating all four opponents in the round-robin format at Royce Hall in Angeles City yesterday. Jee Lek, who adopted the stage name from the toy bricks he used to play with as a child and even has it tattooed on his chest, was delighted to win the breakthrough gold in breakdance, which is making its SEA Games debut. Women’s breakdancing was cancelled as only Philippines and Indonesia registered in the end. The Cheras-boy, cocky as he may sound, has now has set his sights on a bigger achievement. He wants to try to qualify for the Paris Olympics in 2024, where breakdance will make its debut. “I was confident of getting gold medal today. It’s something very special to me because I have always wanted to represent Malaysia and become a champion. “I’m only 24 but I have been breaking since I was 17. I can’t believe I now have a chance to qualify for the Paris Olympics with help from the Malaysian government (National Sports Council),” said Jee Lek, who paid his own way to the SEA Games. Jee Lek arrived in the Philippines under category B2, which means he will not be refunded for his flight, accommodation and food expenses even if he wins a medal. “I spent about RM5,000 for my training and expenses to travel here. I hope there will be some support now from NSC,” he said. Asked on how he makes a living as a full-time breakdancer, Jee Lek said he goes around the world to compete and win cash prizes. “I also do shows in China. I spent much of my life in China (his father has a business there) but I always tell people I am a Malaysian. I am proud to be one today,” he added. Malaysia did not take part in dance sport when it was introduced at the Philippines Games in 2005. However, Malaysia bagged a bronze through Yong Kwok Leong-Gooi Yee Zhen in the Rumba discipline in Korat, Thailand, in 2007.