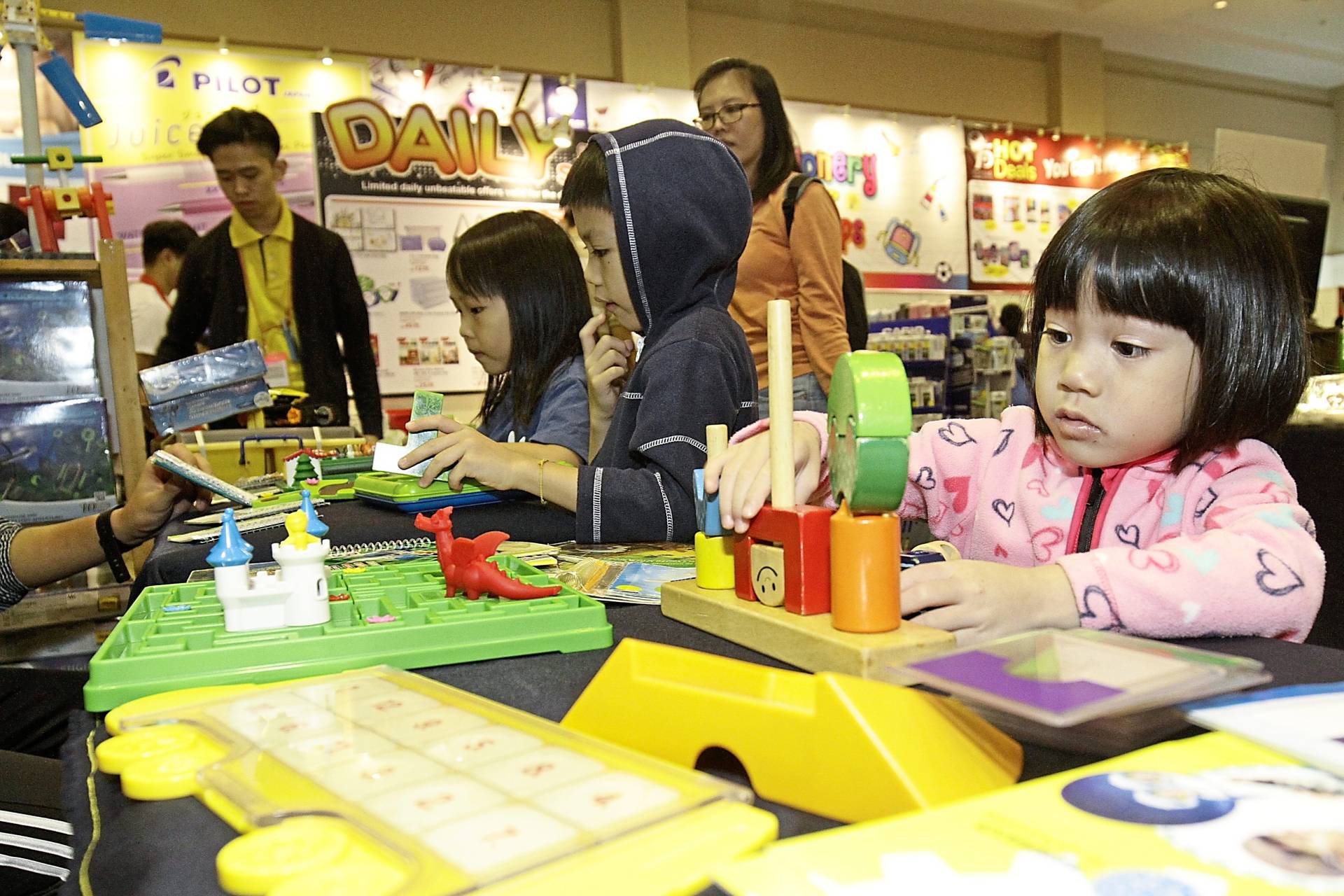 IT’S Popular’s 95th anniversary and the book company is pulling out all stops to give visitors the best deals during its Mega Bookfair. The fair, which is happening now until Dec 8, is offering more than just books as other fabulous deals await visitors on stationery, CDs and DVDs, gadgets and IT items. Penang is the latest pit stop for the 13th edition of the book fair. The company also did not leave out underprivileged children from orphanages and charity homes as they were invited for the opening of the fair at the Straits Quay Convention Centre (SQCC) on Thursday. “Showing we care for needy children is an integral component of the company,” said Popular Book Co (M) Sdn Bhd special projects senior manager Helen Goh at the fair’s opening. The children from the Ramakrishna Ashram and Pertubuhan Penyayang Chi Yun were later taken on a tour of the fair. They were also given gift vouchers and attended a workshop conducted by My Art Studio. Also invited were representatives from the beneficiary schools of Popular’s Read-Love-Share Charity Bookcase. Entering its eighth year, the Charity Bookcase programme encourages the public to donate used or new books which are then channeled to children under the auspices of these schools and orphanages. Books can be dropped off from now until Dec 8 at the Popular Mega Bookfair at SQCC. Donors will be rewarded with a RM10 Popular voucher with every minimum contribution of 10 books. Other offerings and value-for-money deals are the Popular card membership application through the Popular My App, which comes with exclusive gifts, members’ rewards, special rebates and daily specials (featuring 100 selected items with unbeatable prices as low as RM3.90). There will also be sharing sessions from overseas and local authors, ‘My Calligraphy Weekly Journal’ design competition and ‘Once Upon A Time’ storytelling competition. Children can take part in the ‘Assuredly Enriching’ colouring competition, ‘Read Aloud’ poetry competition, ‘Creative Italian Pasta Challenge’ Youth Chefs Championship 2019 and become ‘Little Eco Warriors’. Also being featured are additional workshops and the Popular Quiz Show. The Popular Mega Bookfair is open from 11am to 10pm.