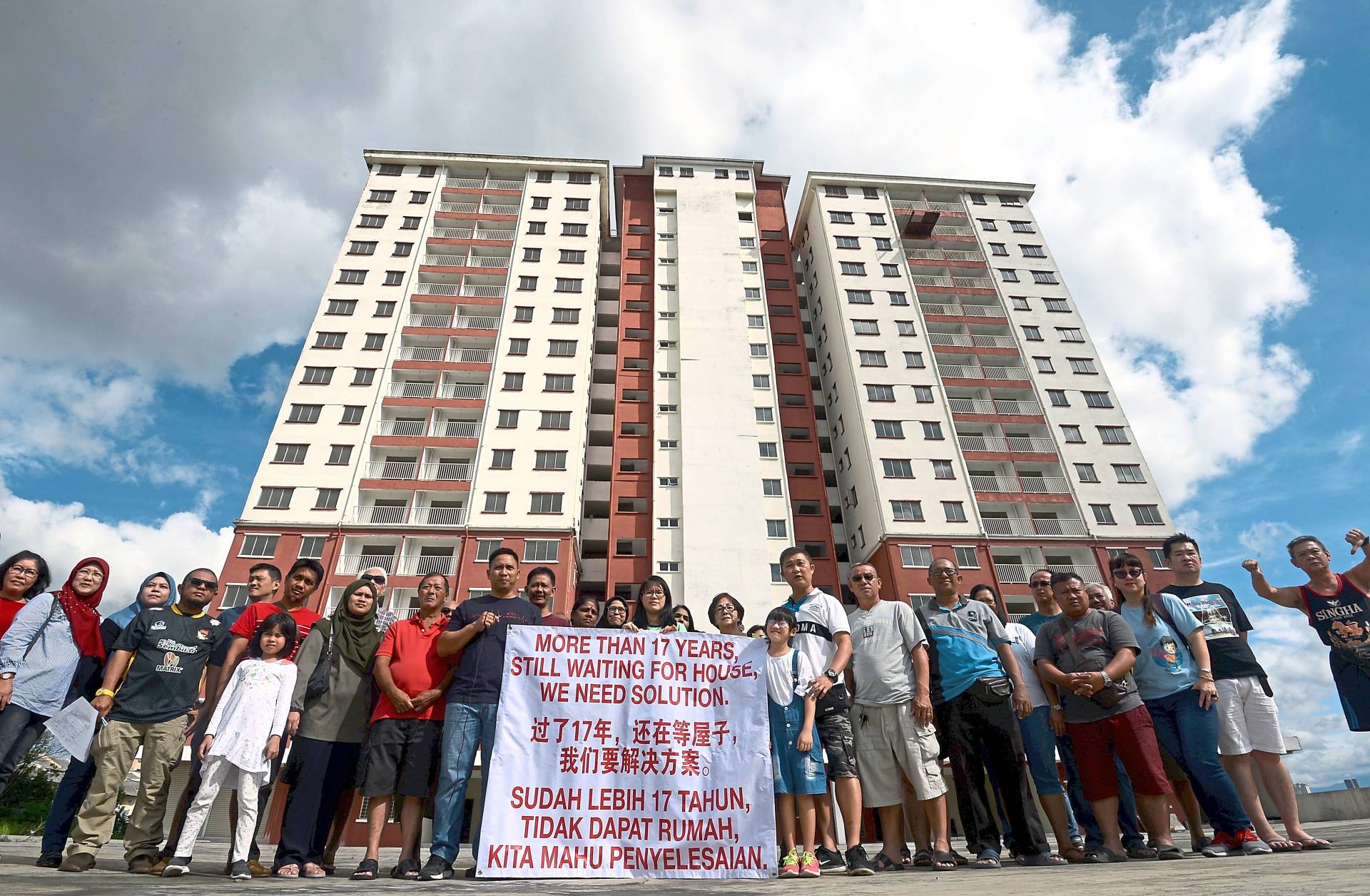 Traveling abroad? Get this SIM card and use mobile data worry-free!
Enjoy 42% off Brazilian BBQ buffet! Eat the premium steak till you drop!

AFTER waiting for 17 years, 83 buyers of the abandoned Bahagia Indah apartments in Cheras are seeking intervention from the landowner and the authorities. “Each of us has commitments and families to feed. “We are ready to discuss the terms required by the landowner should he continue with the project. “We want to know what is happening to our homes? “Don’t expect us to wait for another 10 years,” said Kamarinah Isa, 40, who bought a unit at RM72,000 in 2004. The project in Taman Bahagia Indah, Batu 9 Jalan Cheras was supposed to be completed in 2005 but was declared abandoned on Dec 1, 2016. The Joint Venture Development Agreement (JVA) between the landowner and developer expired on May 15, 2002, due to the latter’s failure to adhere to the agreement. Following the developer’s bankruptcy on May 6, 2016, a liquidator was assigned to propose a continuation of the project on Oct 12, 2017, but was rejected by the landowner considering the JVA had expired. Another buyer, Chen Pui Fun, 47, said representatives of the buyers had written a letter to the Housing and Local Government Ministry for a solution on the project on Aug 1 last year. “Seventeen years is a long time to wait. Around June this year, we were informed that the ministry would take the matter to the Legal Affairs Division. We urge them to expedite the case,” said Chen. Balakong assemblyman Wong Siew Ki said she tried to contact the landowner but to no avail. “I was informed about this issue last year and when I checked on the files, the landowner and developer were in a joint venture and upon 90% of the completion of the apartments, the developer was declared bankrupt. “However, it is unfair for the buyers who have spent their money but still do not have the keys to their home,” said Wong, adding that there were altogether 150 apartment units.