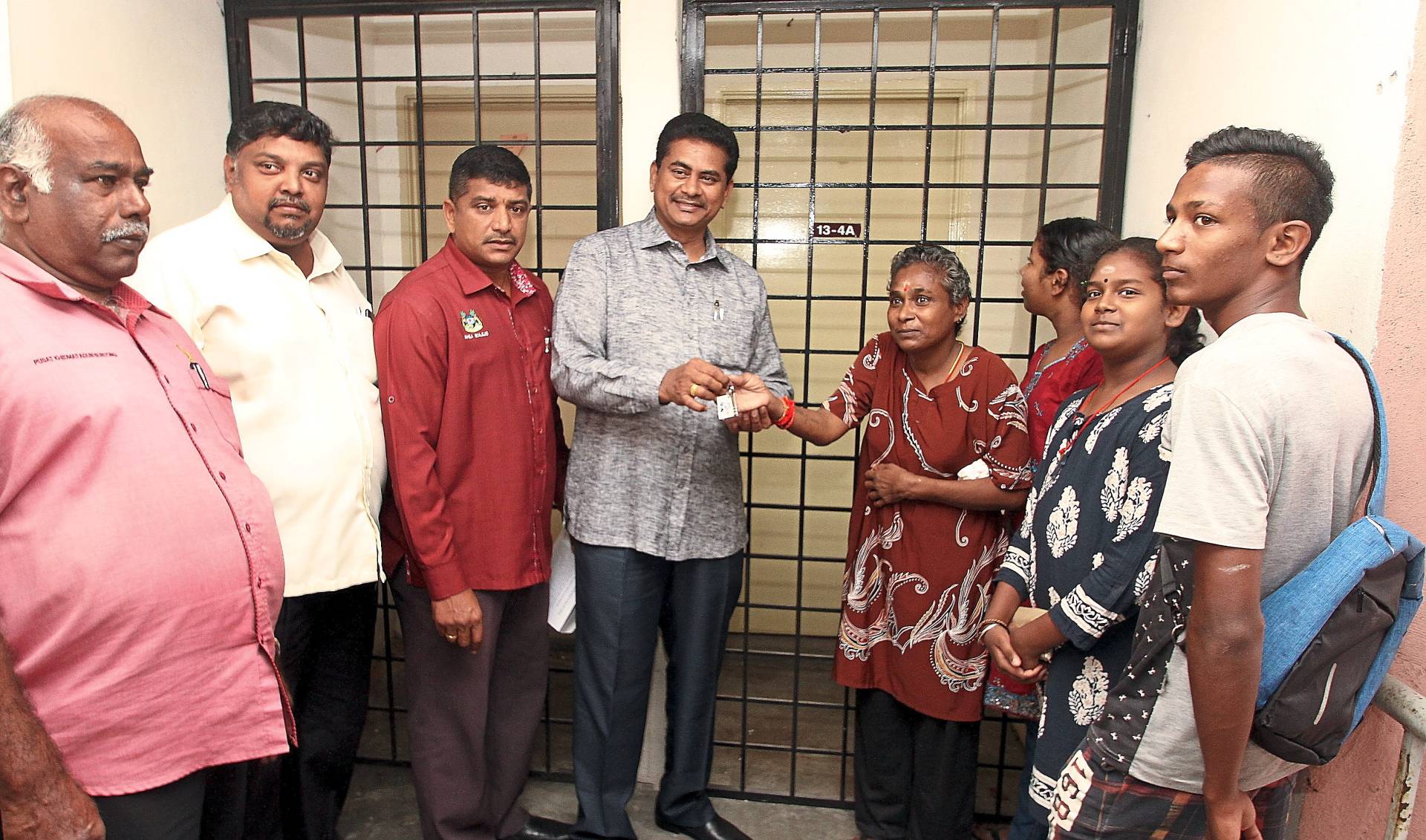 Find more home service promotions here!
Do you want a free iPhone Xs? Many other amazing prizes are waiting too!

FOR 10 years, P. Minache and two of her children were forced to live in a flat with no electricity and water supply. The 45-year-old single mother’s nightmare finally ended when she received the key to her new rented home at the Taman Harmoni flats in Buntong, Ipoh. Minache thanked Buntong assemblyman A. Sivasubramaniam for his help, saying her new home was safer and that she and her family would move in soon. “The Sungai Pari flats where we used to live for about a decade is a drug addicts’ den. “I lived there with my two daughters while my two sons lived with their friends,” she said when met at her new home. Minache added that she had no choice but to stay put there after her husband left the family in 2009. “We did not have anywhere else to go. I couldn’t find a suitable home that I could afford,” she said, adding that all her children were still schooling, the eldest being 16 and the youngest, 12. Minache used to work as a cleaner in a primary school but quit in February after being diagnosed with asthma. She had to rely on an allowance from the Welfare Department. “We were also lucky that some teachers from my children’s schools regularly donated groceries to us,” she said. Sivasubramaniam said he visited the family in April and was shocked to see their living conditions. “We managed to find her the home in Taman Harmoni after five months. “We will help her to settle in and pay the rental for one year. “The family will also receive food supply on a monthly basis from my office.” Sivasubramaniam added that his office was working on receiving more aid for Minache’s family. “At present, they are only receiving RM300 from the department and given their situation, it is not enough. “We will meet with the department soon to see if they can offer more help,” Sivasubramaniam said, adding that his office would allocate at least RM2,000 for Minache to get a ceiling fan, kitchen utensils and other necessities. “We will also pay for her children’s school uniforms and books,” he added.