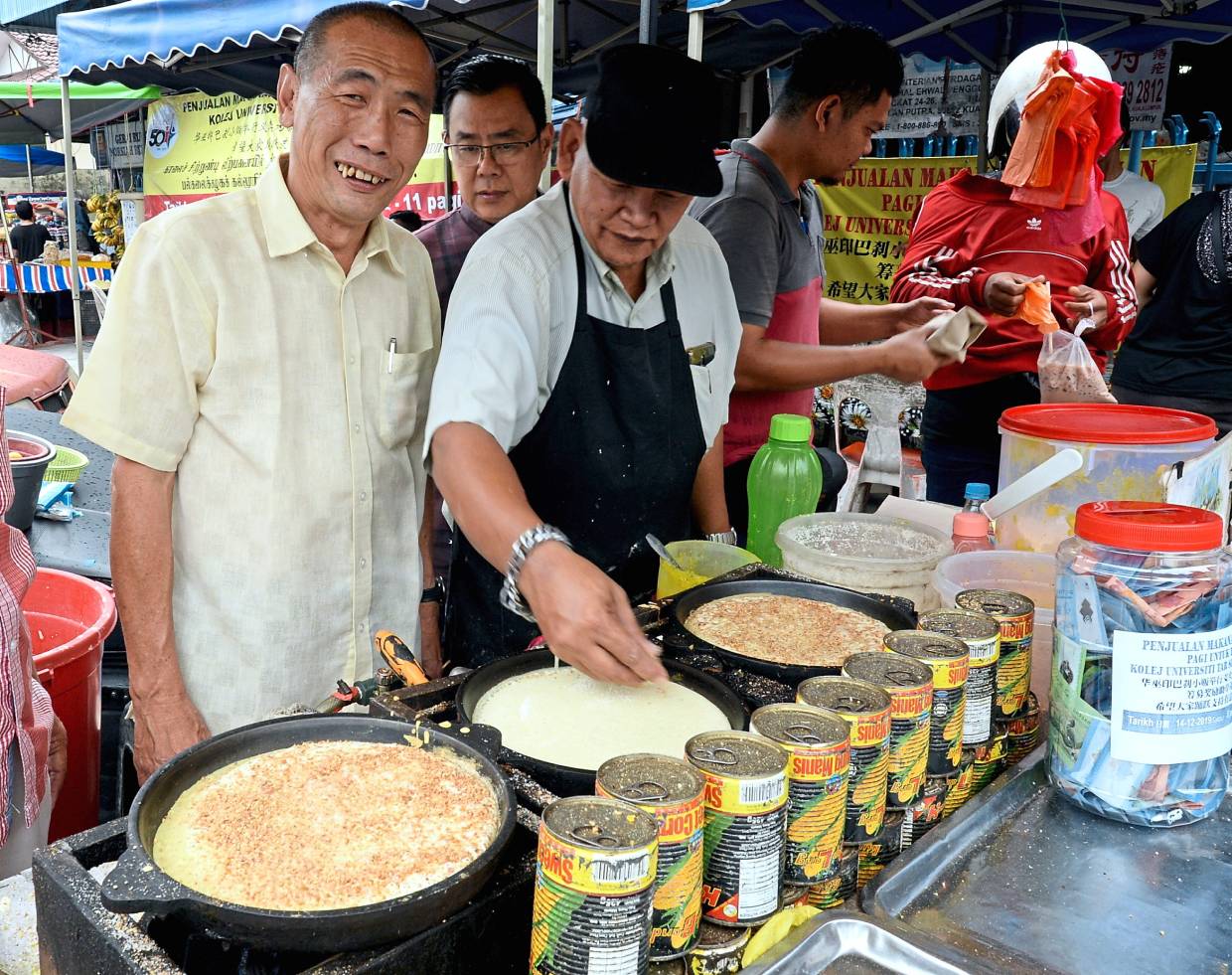 Market traders unite for common cause

Want to study for an MBA? First understand these
Do you want a free iPhone Xs? Many other amazing prizes are waiting too!

TRADERS from all races came together for a common cause, selling a variety of food and beverage to raise funds for Tunku Abdul Rahman University College (TAR UC). The charity initiative was held at Pasar Batu 5 Jalan Ipoh in Kampung Batu, Kuala Lumpur on a Saturday over three hours starting at 8am. There were 15 stalls in total. Customers were able to order breakfast items such as nasi lemak, roti canai, noodle soup, kaya toast and other traditional favourites. About 13 containers were placed on tables for customers to pay as well as donate at the same time. Mohd Hanapiah Warno, 55, was one of the traders who contributed to the donation drive by making crispy apam balik. “I have been serving many customers since I opened my stall here at 7.45am. “It is a wonderful effort to carry out this initiative and many of my customers paid more to donate to TAR UC,” he said. Speaking to the media, MCA vice-president Datuk Seri Ti Lian Ker said the fundraising was initiated by the hawkers who wanted to support TAR UC. “Many of the hawkers’ children had benefitted tremendously from TAR UC. “Today’s fundraising also acts as a sign that the locals here are upset with the Finance Ministry, which has refused to channel allocations directly to the university college,” he said. Finance Minister Lim Guan Eng had previously announced that the ministry would only channel a RM40mil allocation for TAR UC to an alumni association, which would act as a third-party trust fund. Under the Barisan Nasional government, TAR UC received RM30mil annually in development funds. But after GE14, the government of the day has cut the allocation drastically, to RM5.5mil in 2019 and just RM1mil in 2020, he added. Ti said that among the Chinese community, education was their priority. “But some are not able to enter local public universities due to the quota system, and they cannot afford to study overseas. Many of these people managed to get tertiary education by enrolling at TAR UC,” he said, adding that the Government should not politicise the matter. Kepong Community Service Centre head Yee Poh Ping said the Government should take care of all citizens without taking into account race and religion. “Today’s fundraising effort is a message from the people to the Finance Minister to not neglect students in TAR UC. “Although the Government has not been fair to the community, we have united to help each other in finding a solution to the problem,” he said. When contacted later, Yee said the total donations collected from the breakfast event was RM5,551.