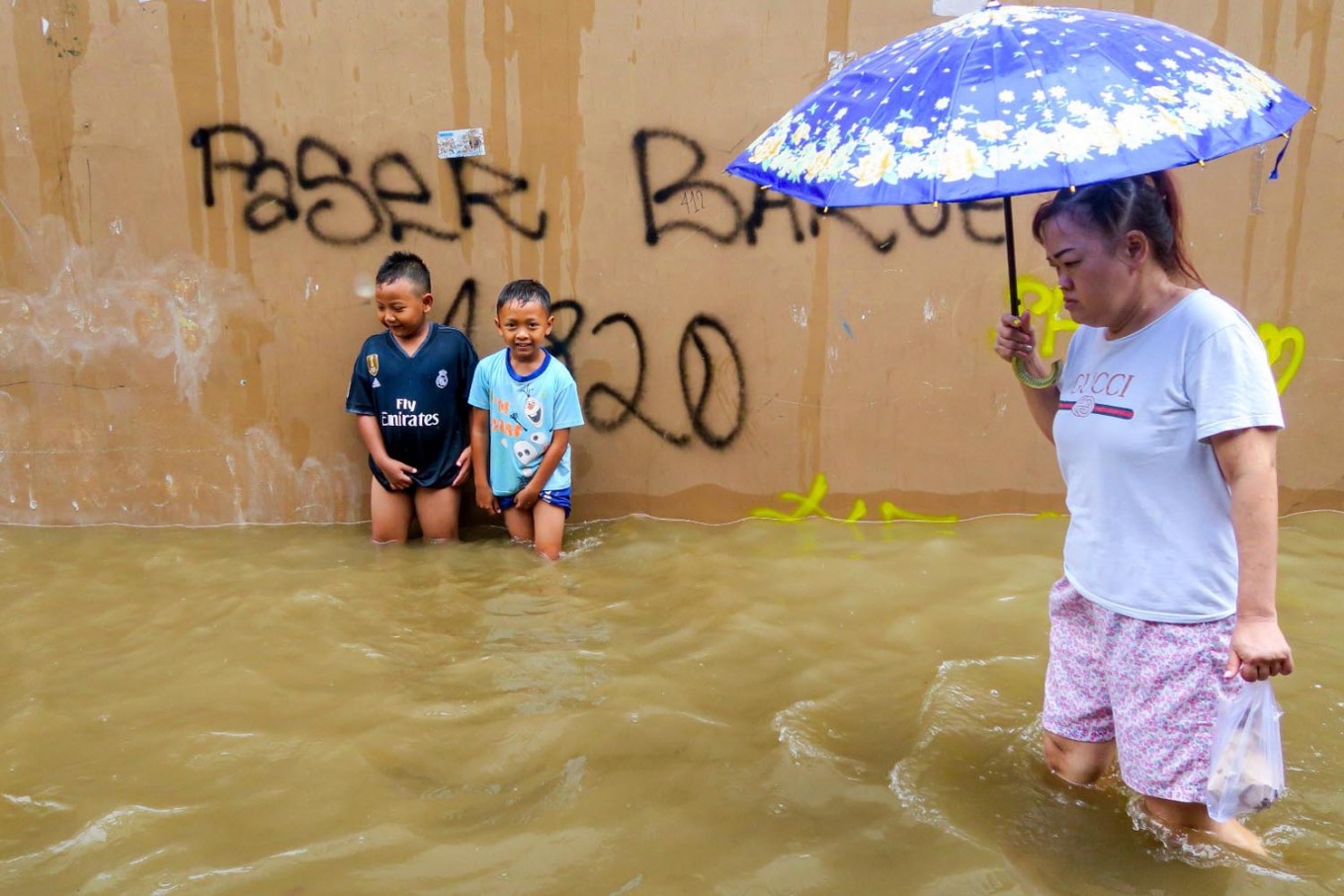 ‘Not ordinary rain’: Worst rainfall in over decade causes massive floods in Jakarta

Jakarta experienced on Tuesday night its worst rainfall in over a decade, with heavy rain pouring over the city nonstop until Wednesday morning, causing severe flooding in the capital and its satellite cities on the first day of 2020.

The Meteorology, Climatology and Geophysics Agency (BMKG) recorded rainfall intensity on New Year’s Eve at 377 millimeters per day, according to an observation conducted at Halim Perdanakusuma Air Force Base in East Jakarta.