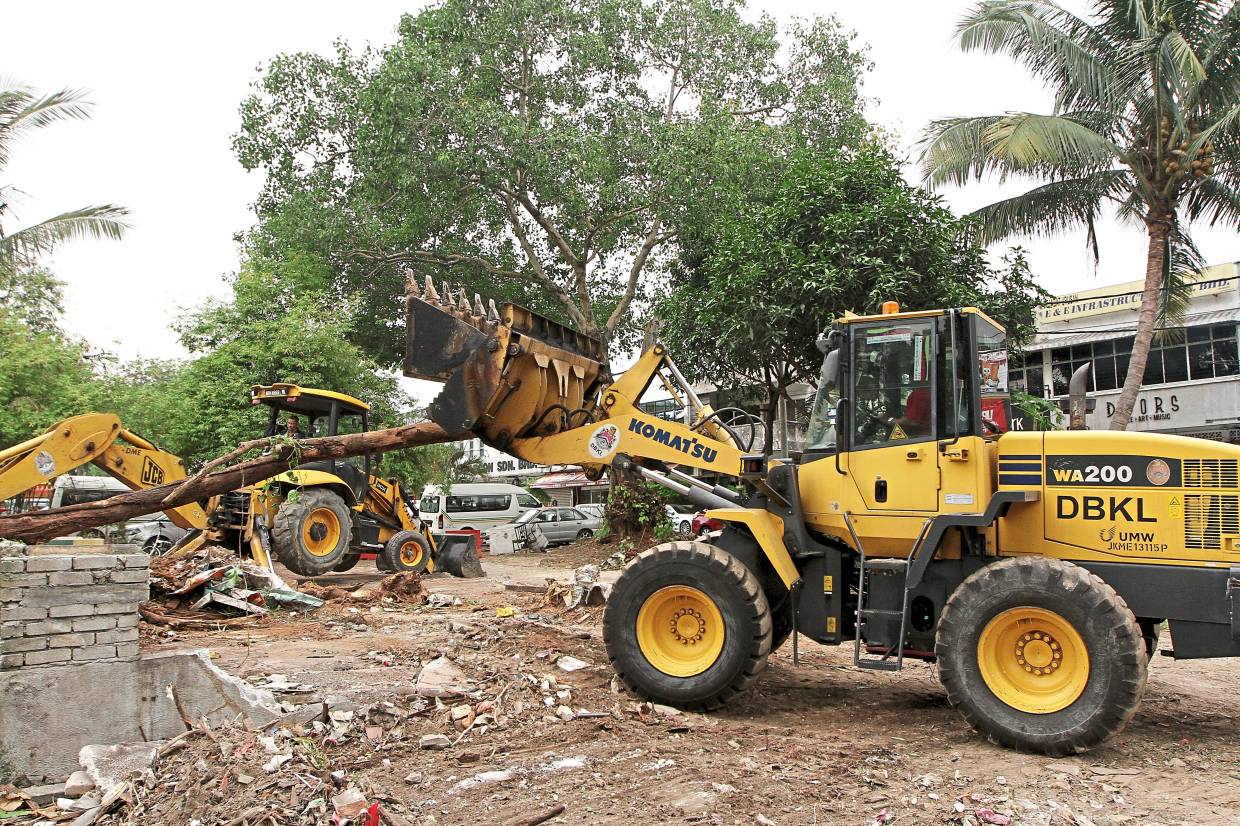 TAKING a leaf out of Bukit Bintang’s book, the Taman Overseas Union community came together to work with Kuala Lumpur City Hall (DBKL) to clean up the neighbourhood. The gotong-royong activity was organised as part of the Kuala Lumpur Cleanliness Blueprint, which was in its ninth and final phase in Seputeh since it launched in 2015. The blueprint was aimed at improving cleanliness and beautifying the city. DBKL Seputeh manager Mohd Asmizi Mohd Yusoff said the upgrading and clean-up works for Phase 9 was 90% completed. A memorandum of understanding was signed between DBKL and eight non-governmental organisations (stakeholders) from Taman OUG commercial and residential areas to involve the community in the area’s cleanliness, infrastructure maintenance and landscaping. Mohd Asmizi said it was necessary to get the commitment from NGOs and residents in the area. For Taman OUG, it was led by Alex Ong Kiem Lien as he was the Residents Representative Council Seputeh Zone 4 chief. “We are trying to follow in the footsteps of Bukit Bintang, where 90% of its residents take the initiative to maintain their area with the support of DBKL. Primary Industries Minister and Seputeh MP Teresa Kok, who was at the clean-up and MOU signing, was glad to see the community working together. “I believe it is a good move to have the community of Seputeh, both residents and business owners, participating in maintaining cleanliness and benefiting the area,” Kok said, adding that it created a sense of ownership and cooperation among people. The clean-up also covered a site for a proposed parking lot. The proposed carpark would be built on a former car wash and food stall site, near the commercial area at Jalan Hujan. “During festive season, Taman OUG is often crowded and congestion occurs as people park indiscriminately,” said Kok. Malaysian Palm Oil Board donated 10 palm trees to be planted near the parking lot, which is expected to have 100 parking bays. “The palm trees will offer a great learning experience and exposure for children in the city, as many of them have never been in an oil palm plantation before,” said Kok. The blueprint evaluation exercise consists of 40% from cleanliness, 20% from environment (landscape), 20% from infrastructure and 20% from community involvement. From the eight phases done in other areas in Seputeh, the parliamentary district obtained Grade B for overall achievement. “If Seputeh obtains excellent marks from the blueprint fulfilment, DBKL Seputeh will receive incentives to help with the town’s upgrade or upcoming project,” said Kok’s secretary, Alice Lan, who hoped Seputeh would eventually achieve Grade A from its latest efforts. According to Mohd Asmizi, DBKL planned to continue its efforts by introducing a second series of the Smart Cooperation Cleanliness Blueprint from 2020 until 2024. “Coverage is expected to be wider and it will still be carried out in all 11 parliamentary districts in Kuala Lumpur,” he added.