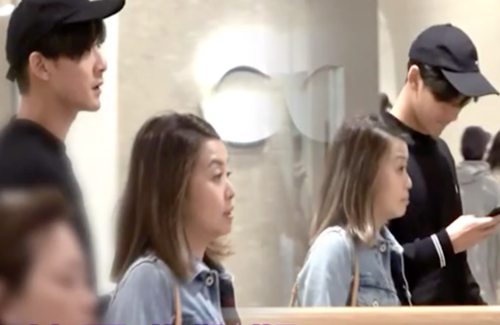 Dickson Yu Caught on a Date

The tall and handsome Dickson Yu (余德丞) is no stranger to dating rumors, as he’s been in the rumor mill with Sisley Choi (蔡思貝) for more than a year. Though their alleged romance is not confirmed, their regular couple appearances at work fuel the allegations. However, not too long ago, the media caught wind of the 30-year-old Dickson meeting up with Chrissie Chau (周秀娜). Though Chrissie and Dickson denied the dating reports, Sisley decided to move on – she is speculated to be seeing Dickson’s good friend Hubert Wu (胡鴻鈞) as of late. Just as everyone thought Dickson and Chrissie is a sure item, reporters spotted Dickson with a different woman.