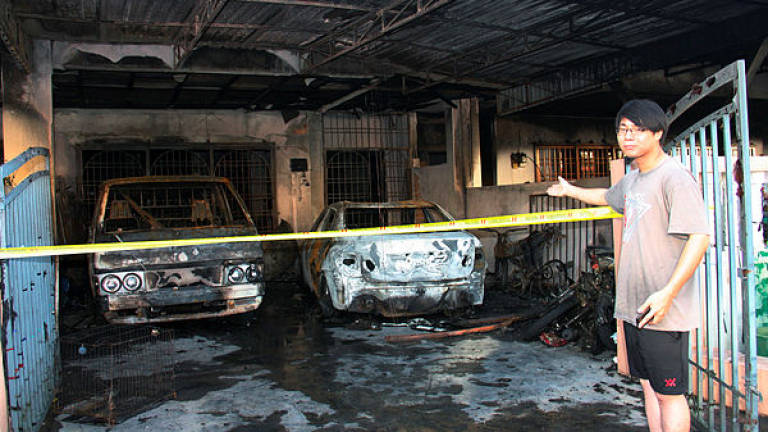 TAIPING: Seven units of double-storey terrace houses, four motorcycles, a van and a car were razed in a fire in Taman Tupai Mas here, early this morning.

There was no casualties in the fire but a man, Ng Teong Chuan, 60, suffered burns on his right shoulder while trying to save his motorcycle.