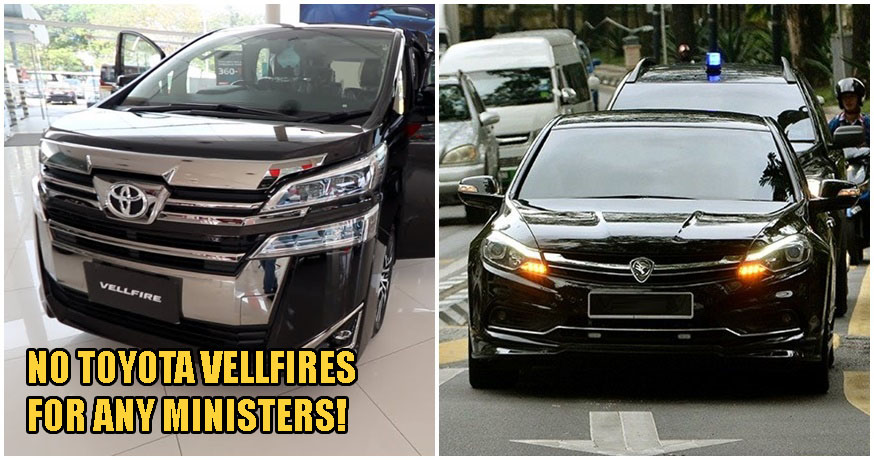 Want to study for an MBA? First understand these
Pack your bags and travel to these weekend getaways from $69!

Remember not too long ago when it was reported that our ministers and high ranking officials would be receiving luxury Toyota Vellfires and executive Honda Accord sedans as their official cars? The news received plenty of backlash from the public, which is no surprise given how much both cars cost. The Toyota Vellfire usually retails for around RM300k, while the Honda Accord in its highest specification retails at RM168,998.