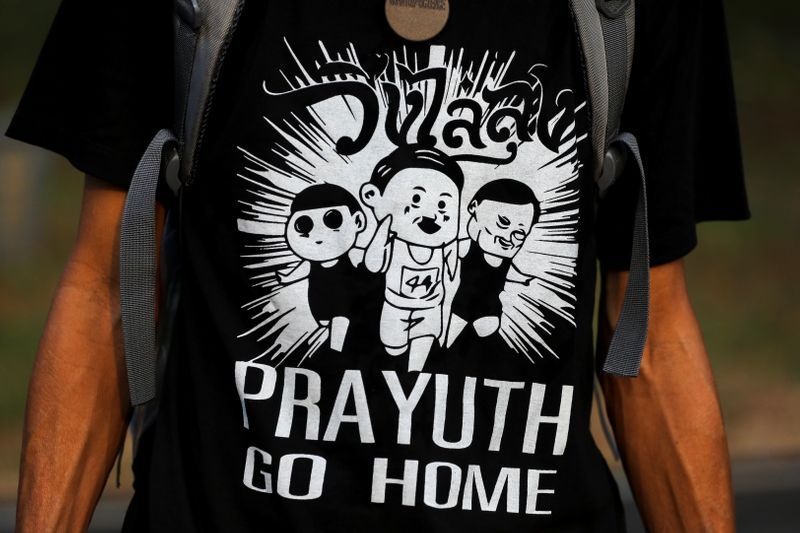 BANGKOK (Reuters) - Thousands of Thais joined a run in the capital on Sunday in what appeared to be the biggest show of dissent against the government of Prime Minister Prayuth Chan-ocha, although he also drew a big show of support at a rival event.